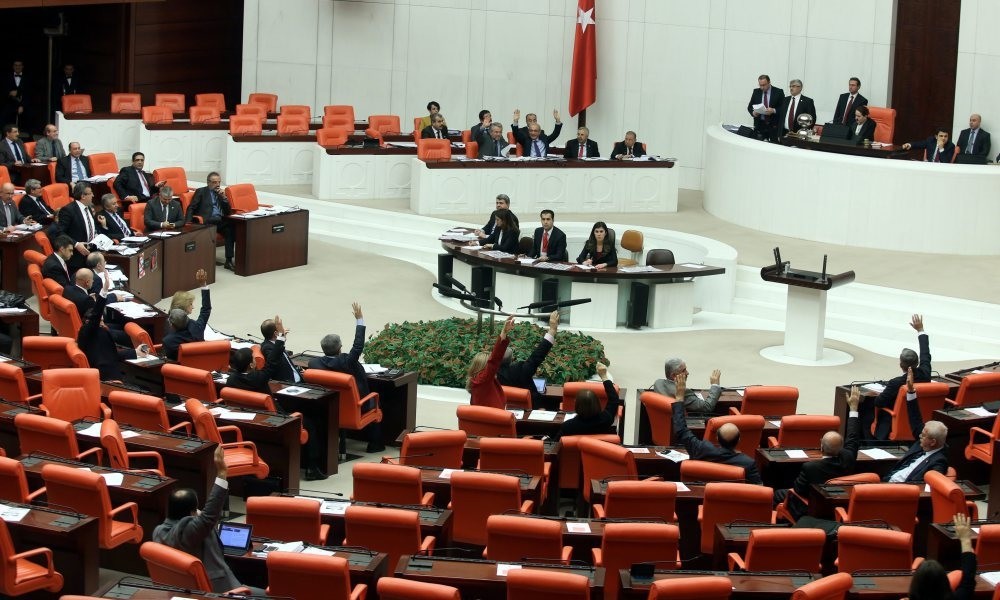 by Daily Sabah Oct 27, 2016 12:00 am
As discussion about a presidential system continues, the ruling Justice and Development Party (AK Party) Parliamentary Group Deputy Chairman Bülent Turan said the AK Party proposal for a new constitution would be submitted to Parliament before budget talks in December. "We would like to submit our proposal as soon as possible, and thereafter, we wish to see the proposal discussed. I think it's the right thing to do," Turan told a group of journalists on Oct. 25 in Parliament. Commenting on the content of a new constitution, Turan underlined that compared to the current 1982 Constitution their proposal will be short, clear and understandable. "We believe it's not right to bring a proposal to Parliament with around 100 to 200 articles," Turan said.

Stressing that returning to the old system is not possible after electing the president by popular vote in 2014, Turan said currently Turkey has a de facto semi-presidential system. "We have been in a de facto semi-presidential system since the public elected the president with their votes. It would not have been possible to defeat the July 15 Gülenist coup attempt if we had a weak administration. But if we had a president and prime minister from different political backgrounds, it would definitely create a systemic crisis. No one wants a weak administration and weak leader. Thus, a presidential system is the only way for a more powerful administration and leadership,'' he added.

Commenting on the Nationalist Movement Party (MHP) Chairman Devlet Bahçeli's remarks on a presidential system saying his party will give its decision after seeing the AK Party's proposal, Turan said his position is very understandable. "MHP leader Bahçeli's remarks are consistent with his previous words. Their wait and see strategy is very understandable for us," Turan said. "We as the AK Party will conclude our proposal to end the system problem in Turkey very soon. We don't want to discuss this issue for the next five or 10 years," he concluded.
Last Update: Oct 27, 2016 1:07 am
RELATED TOPICS