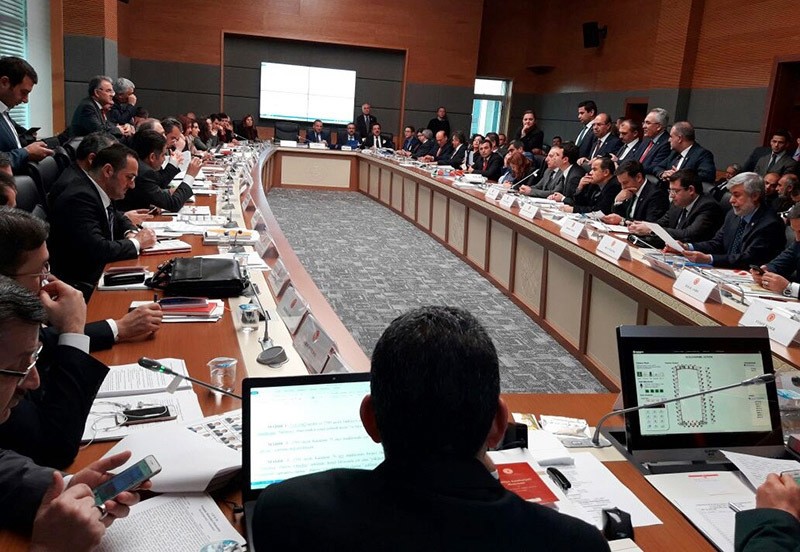 The proposed 21-article constitutional amendment package, that will allow Turkey to switch to a presidential system, was reduced to 19 articles on Thursday amid ongoing discussions at the Parliamentary Constitutional Committee.

The committee decided to take out Article 15 from the amendment package, after also removing Article 5 regarding a regulation on "substitute deputyship" on Wednesday.

Some other articles were also amended during Wednesday's discussion session. The condition stating that one needs to "be a Turkish citizen by birth" to be elected president was changed to "being a Turkish citizen".

The number of members to the Turkish Supreme Board of Judges and Prosecutors (HSYK) was previously proposed as 12, but was changed to 13, while the Minister of Justice and his/her undersecretary would become inherent members.

Parliament is expected to begin discussing the proposed articles in early January, after the constitutional committee finishes its work on the 21-article amendment package.

According to current practices, the constitutional amendment must pass a second stage in the General Assembly, in which lawmakers will first vote on each article and then vote for the package as a whole.

Each of these voting stages require a minimum of 330 parliamentary votes.

Currently, the ruling Justice and Development Party (AK Party) holds 316 seats in Parliament and needs the opposition Nationalist Movement Party (MHP) — which has 39 seats — to support the proposals and take the constitutional amendments to a referendum within 60 days. The referendum is expected to take place next spring.