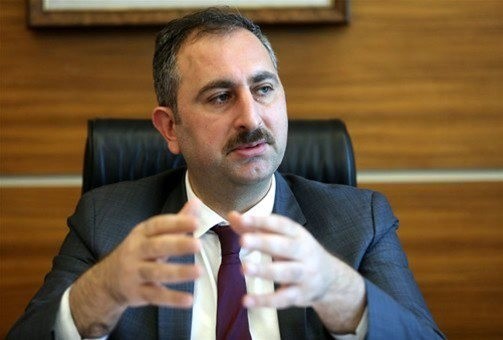 Speaking to Kriter magazine, Gül provided details on the recently submitted constitutional amendment package, saying the draft bill aims to "establish a government by the people, while eliminating all tutelage actors able to cause crises in government."

The AK Party secretary general revealed the chosen name of the system to be "presidency system," making the system indigenous to Turkey.

Talking about the details of the system in the interview, which was published by Ankara's Foundation for Political, Economic and Social Research (SETA), Gül stressed that making the system indigenous to Turkey does not disregard global values and norms.

He said, "It is a model that will represent democracy," and added that the strongest aspect of the proposed system were "checks and balances," so that "if the president halts the Parliament's duties and decides to hold elections, then the system would halt the duties of the President as well and place him/herself in front of the electorates' will."

"We are here suggesting that both the executive power and legislation will be chosen by the people. In case of a crisis, we have a system proposal that allows the nation to be the arbitrator. However, the CHP argues that it would be a more democratic system if we go to the people less or preferably if we do not refer to people at all," Gül said.

Replying to a question on preparations of the system ahead of the 2019 elections, Gül said, "We [AK Party] intend to prepare and finalize our work in legislative matters within 2019."

While stressing that the AK Party will not face any lack of votes at Parliament's General Assembly, Gül drew attention to the people's will for the system, saying that change was a hope of the people.
RELATED TOPICS