Constitutional reform has support of more than 60 percent of Turkish people, poll finds 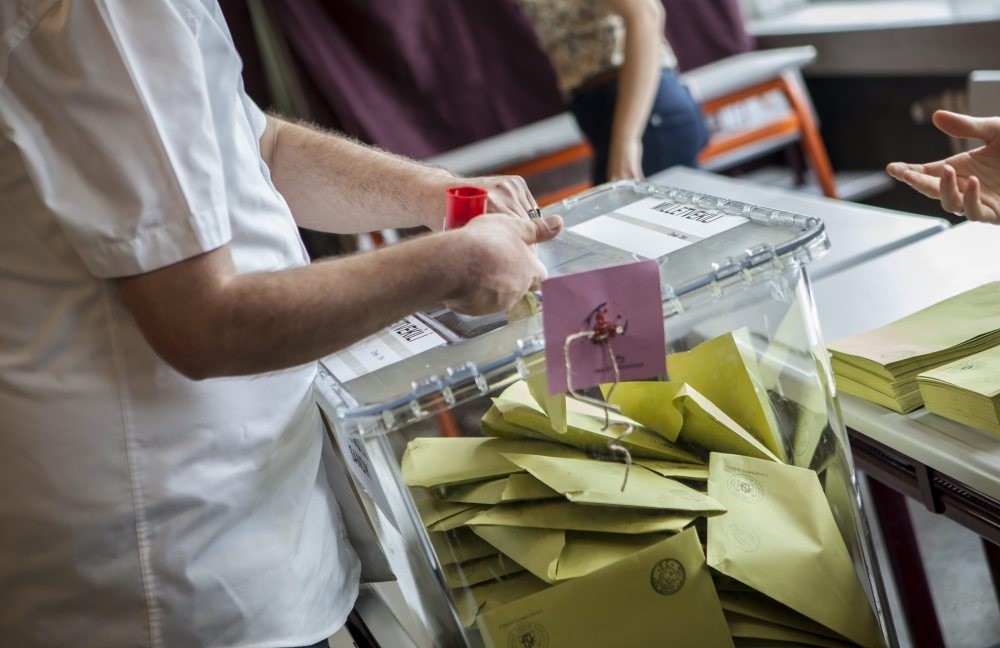 If Parliament approves all articles in the constitutional amendment package, the Turkish people will go to ballots to cast their votes in a referendum.
by Merve Aydoğan Jan 14, 2017 12:00 am

As heated debates in Parliament regarding the new constitutional reform package continue, a recent survey conducted by the Objective Research Center (ORC) revealed strong public support of more than 60 percent toward a possible referendum on the constitutional reform. Commenting on the recent survey, ORC Research Company Chairman Mehmet Murat Pösteki told Daily Sabah that the support for a referendum on a constitutional change is likely to increase as the details of the package are revealed. In addition to Pösteki's remarks, SETA Politics Department Director Nebi Miş also affirmed that the result from a referendum would likely be a "yes" when considering the Justice and Development Party (AK Party) and the opposition Nationalist Movement Party (MHP) voters' support.

Once the votes on the amendment and the package as a whole are finalized, the parliamentary process will likely be followed by a referendum in which the option of replacing Turkey's parliamentary system with a presidential model will be put to the electorate. To reach a referendum, the proposed changes must first be passed by 330 deputies. If it gets the support of 367 lawmakers it could pass into law without a referendum, though the ruling Justice and Development Party (AK Party) said it would hold a popular vote regardless of the outcome.

On that note, the Ankara-based Objective Research Center (ORC) conducted a computer-assisted telephone interview survey among 2,340 people throughout 36 provinces during Jan. 10-11 with efforts to analyze public opinion on the process of the constitutional amendment and the discussion of a snap election.

One of the most critical results revealed from the survey was that if the constitutional amendment was held on a referendum, 62 percent of participants said they would vote in support of it. While reminding people that the percentage of support was in fact at 60 percent last month, the ORC chairman Pösteki said, "The more details revealed from the system, the more the increase in the percentage of support by the public." Miş stated that "the support towards the constitutional change is already evident when considering the election results." Though he said it is still "too early" to give numbers on a percentage from a possible referendum, Miş noted that the result from the referendum will be a "yes" by the public.

Along the discussions of constitutional change, politicians are now also indicating a snap election if the changes are to fail in Parliament. On that point, the survey found that in the case of a possible election 53 percent of participants would vote for the AK Party while the main opposition faces decreasing support according to the survey with 23.6 percent to the Republican People's Party (CHP). The survey also revealed that the MHP received 15.8 percent and the pro-PKK Peoples' Democratic Party (HDP) remained under the electoral threshold with 6.5 percent. Commenting on the strong support for the AK Party, Pösteki said the numbers reflect participants' patriotism that emerged following the failed bloody July 15 coup attempt.

He also added that those who felt "betrayed" by the pro-PKK HDP are now leaning more toward the AK party. In regards to the MHP's increasing support, Pösteki said it is a result of MHP Chairman Devlet Bahçeli's stance following July 15 and onward as he noted that "most of the CHP's nationalist voters are now more leaning towards the MHP due to disappointments from the main opposition." Additionally, Miş said the public still strongly feels that the AK Party is a source of stability despite all plots against Turkey through terror and economic operations. He also said the public perceives the AK Party as a party that can still generate policies especially following main opposition CHP's violent position during the Constitution discussions. The survey also revealed that 71.3 percent of participants believe that Turkey's republic and secularism are not under threat.