Referendum on constitutional amendment likely to be held in April 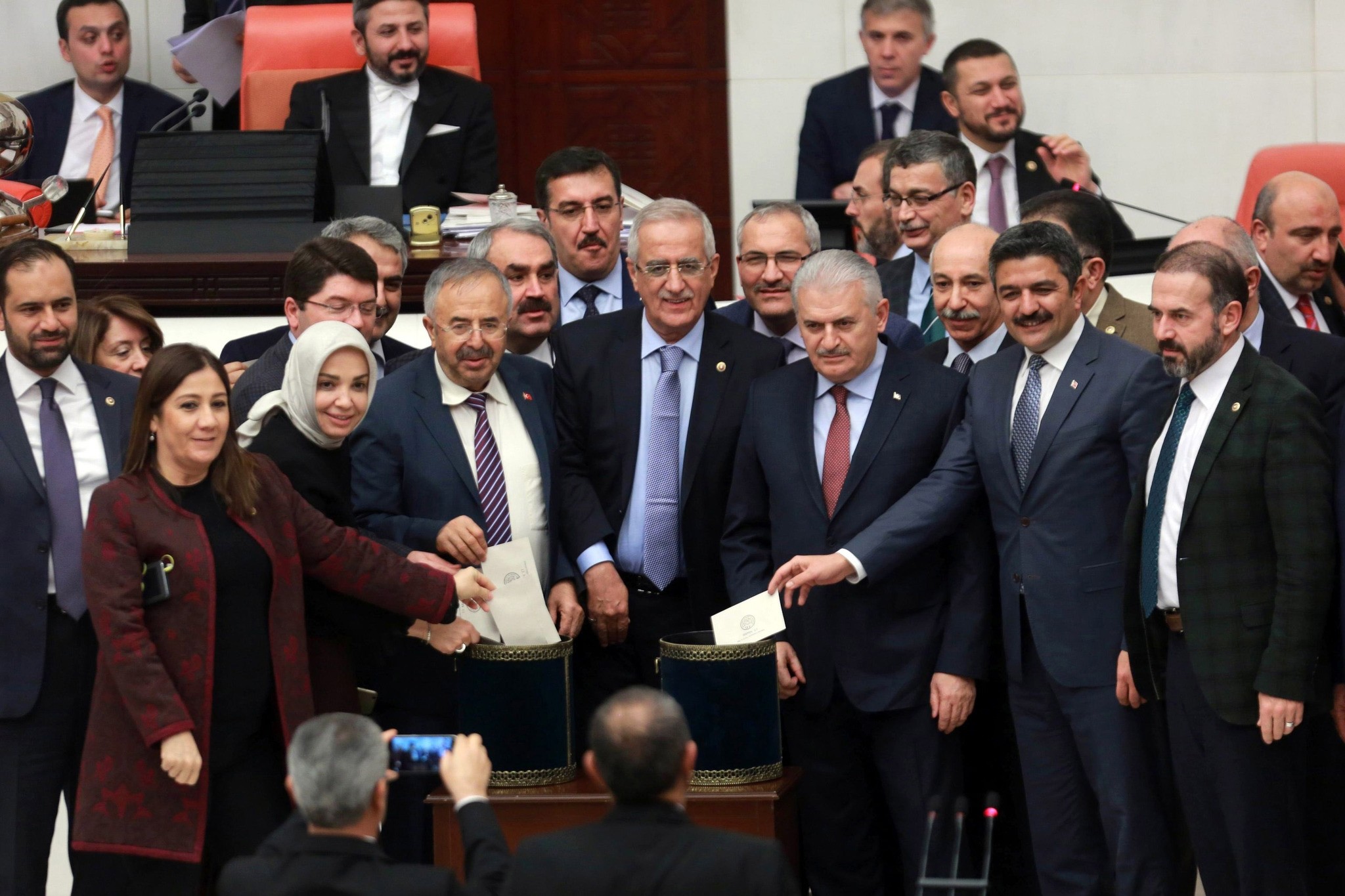 by daily sabah Jan 16, 2017 12:00 am
To reach a referendum, the proposed changes must first be passed by 330 deputies. If it gets the support of 367 lawmakers it could pass into law without a referendum, though the ruling Justice and Development Party (AK Party) said it would hold a popular vote regardless of the outcome. On that note, as part of the second session of discussions any individual article from the package receiving fewer than 330 votes has to drop while if the entire package receives less than 330 votes, it will be completely dropped. However if approved by the General Assembly, the proposal will be submitted to President Recep Tayyip Erdoğan, who has the authority to send the law back to parliament for review. The president has to examine the law within two weeks' time, while a referendum can then be held 60 days after the president's ratification. In this case, the referendum is expected to be held by early April. To come into effect, the law has to receive the simple majority of the eligible votes.

Meanwhile, the most recently adopted article 15 in which received 341 votes in favor on Saturday evening is an adjustment in the laws regarding the proposal of the budget is aimed at preventing system malfunctions. Thus, through this amendment the President will propose the budget to the Parliament at least 75 days before the New Year and must be addressed at by the Parliamentary Planning and Budget Committee within 55 days. Additionally, the article 16 that was also adopted on Saturday night by 341 votes in favor, allows adjustments to laws and terms accordingly to the proposed way of administration in Turkey. Remaining articles 17 and 18 are to be addressed at on late Sunday. Furthermore responding to claims of possible change to constitution's first four articles that has set forth to the essentials of the Republic, Prime Minister Binali Yıldırım affirmed on Saturday that "we have not proposed [such a change]; nor we would have anything to do with those who want to [change] it. This is loud and clear. These [articles] form the foundation of the Republic of Turkey, and are indispensable for the state."

While according to the current roadmap of the Parliamentary discussions, the referendum is very likely to be held on April 2nd 2017, there are comments in which claim that a referendum cannot be held during the state of emergency. In that regard, Mustafa Şentop, the chairman of the Constitution Committee in Parliament, had told Daily Sabah that according to Turkish law there are no obstacles ahead of a possible referendum regardless of state of emergency. "It is both possible in terms of application and law. On the other hand, the reasons for the current state of emergency are not related to the constitutional amendment in any way," Şentop added.
RELATED TOPICS