Experts predict Kurds will most likely vote yes in referendum 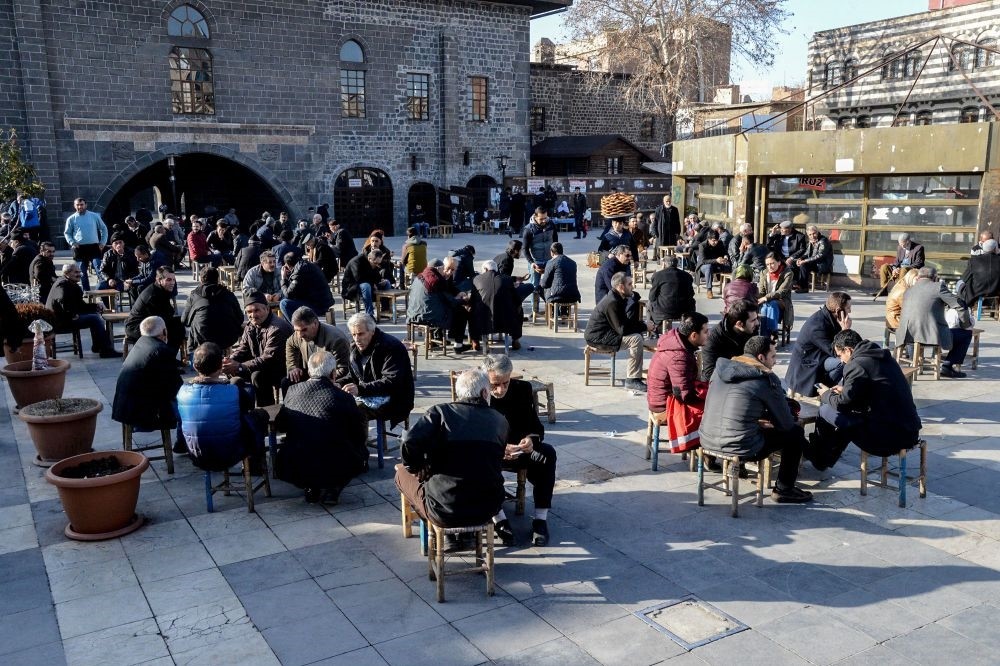 Turkey is set to embark on a new adventure with its constitutional amendment proposal that is expected to be put to referendum this spring after the likely approval of Parliament. While a referendum is expected in early April, experts specializing in the Kurdish issue expect a majority of Kurds to say yes in the referendum. According to the current roadmap of the Parliamentary discussions, the referendum is very likely to be held on April 2, 2017. The ruling Justice and Development Party (AK Party) and the Nationalist Movement Party (MHP) have already affirmed that they will vote in favor of the constitutional changes, whereas the Republican People's Party (CHP) and the pro-PKK Peoples' Democratic Party (HDP) have been vehemently opposing it.

It is a question mark whether the Kurdish population in Turkey will vote in favor of the changes. İlhami Işık, an expert on the Kurdish issue and a columnist for the Star newspaper, said that there will be two sides among the Kurds.

"Kurds will either not go to ballots or say yes," Işık contended.

Vahdettin İnce, another expert on the Kurdish issue and author, said that the Kurdish votes are not quite certain. Stressing that Kurds turned their back on the HDP, İnce said that he cannot be sure whether they turned it on the government as well.

After PKK terrorists turned urban areas into battlefields in the summer of 2015, the government launched broad counterterrorism operations in the southeastern districts to sweep out the PKK. The peaceful environment was long gone and people were afraid of seeing terror return to their districts.

Mustafa Ekici, a Kurdish journalist and the coordinator of the Kurdish language state-run TV channel TRT Kurdi, said that majority of Kurds overwhelmingly support the changes.

"Unlike what is being argued in the public, I think that most Kurds will vote yes in the referendum," Ekici said.

Even though the PKK was cleansed from the southeastern region, Kurds complained that they could not reach their pre-war prosperity. Experts argue that the referendum period could be a chance for the government to take a few steps toward bettering the environment of Kurds.

İnce contended that Kurds will want to see the government lending a helping hand to them in the run-up to the referendum.

A Turkish court ordered the arrest of the co-chairs of the pro-PKK HDP in early November. The HDP's parliamentary group leader İdris Baluken, Diyarbakır Deputy Nursel Aydoğan, Hakkari Deputies Selma Irmak and Abdullah Zeydan, Mardin Deputy Gülser Yıldırım, Şırnak Deputies Leyla Birlik and Ferhat Encü were also arrested.Despite calls from the HDP for the Kurdish population to stand up and riot against the rulings, Kurds did not care about the call for an uprising.

İnce expressed a similar view to that of Işık. The expert said that Kurds have more sociological and economic problems apart from the arrest of HDP deputies.

Ekici contended that one of the reasons for the Kurds to vote yes will be that the HDP did not fulfill its promises in the region. He further said that the Turkish state's guarantees to the Kurdish citizens sparked a sigh of relief in the southeastern districts.

According to research conducted by Kadir Has University, approval ratings of the HDP among Kurds were at 4.9 percent. In addition, HDP Co-Chair Selahattin Demirtaş was the least popular leader among the grassroots of the party.The second round of voting on the historic constitutional reform package started Wednesday. AK Party aims to approve six articles per day in the second round of the voting and finish it by Jan. 21.

Even though İnce did not share a definite view on how Kurds will vote in the referendum, he said that he expects most Kurds to vote yes if the necessary steps to make reforms are taken for the sake of the Kurdish population.

Lawmakers have so far passed regulations that define and lay out parliament's responsibilities, one of the most discussed items, and the regulation of criminal liabilities for the president and top officials, as well as structural reforms to the nation's highest judicial body.

If it passes Parliament with 330 of the 550 deputies approving, it will be voted on in a national referendum. If it obtains the support of 367 lawmakers, it can pass into law without referendum although President Recep Tayyip Erdoğan has said he would push for a referendum even if the draft is approved with a two-thirds majority.