Constitutional changes to be approved in public referendum 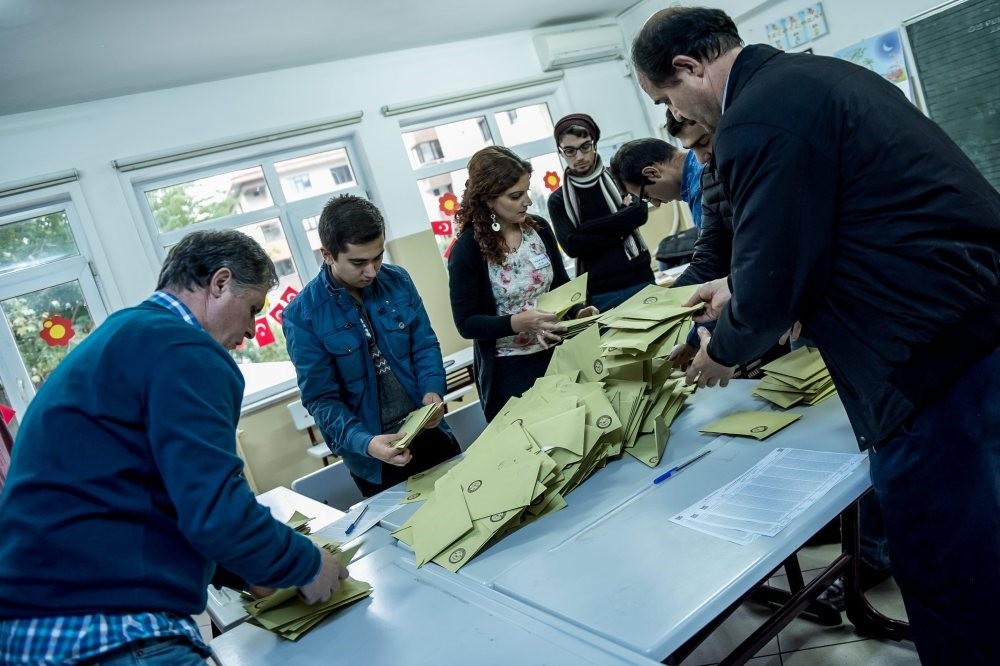 A referendum is expected to be held either in late March or early April to decide on the constitutional changes.
by Mehmed Cavid Barkçin Jan 21, 2017 12:00 am

As the voting process for the constitutional changes is completed in Parliament, the people of Turkey will have the final say in a referendum early April, after the expected approval by President Erdoğan

The constitutional changes are well on course for a public referendum as Parliament passed the proposed amendments early Saturday in the second round of voting sessions that ended individual voting on articles and allowed polling of the constitutional amendment as a whole. After the completion of voting by the deputies in Parliament, it will be taken to President Recep Tayyip Erdoğan for approval, which he is expected to do immediately.

In the referendum, the proposed changes will then be sent to a public vote, and if it receives the majority's support, will be implemented. One of the major changes was the role and status of the president, and how the elections will be held.

In accordance with the new changes, the first presidential elections are expected to be held in 2019 on the same day as the parliamentary elections.

According to Article 9, the president will now have criminal liability, rendering him/her responsible for the actions he/she takes during the presidency, while also allowing the president to stand trial at the court of Supreme Criminal Tribunal with three-fifths of the deputies' votes.

Article 11, on the other hand, states that both the presidential and parliamentary elections are to be held on the same day if there is a deadlock between the two parties and/or one decides to dissolve or discharge the other. Therefore, the article provides a system of checks and balances between the executive and the legislative branches, along with offering a means and a deterrent to resolve any conflict or crisis between the parties.

According to Article 12, which was passed on Friday, the authority to declare a state of emergency will be transferred from the Council of Ministers to the president, as the president will be the head of the executive branch in the new system, while the right to proclaim martial law, which is considered undemocratic, has completely been removed from the Constitution.

Article 13, prevents the formation of military courts, and only military personnel who commit a war crime will stand trial in said courts. Regulating the judiciary, Article 14 will rearrange the structure of the Supreme Board of Judges and Prosecutors, renaming it the Board of Judges and Prosecutors. According to this article, five of the 12 members, besides the justice minister, will be appointed by the president, while six are to be selected by Parliament, providing a more democratic feature to the institution.

Article 15, on the other hand, determines that the president will prepare and propose the budget to Parliament. Moreover, Articles 16 and 17 will adjust certain laws according to the new system, while Article 18 sets the timetable for the transition process.