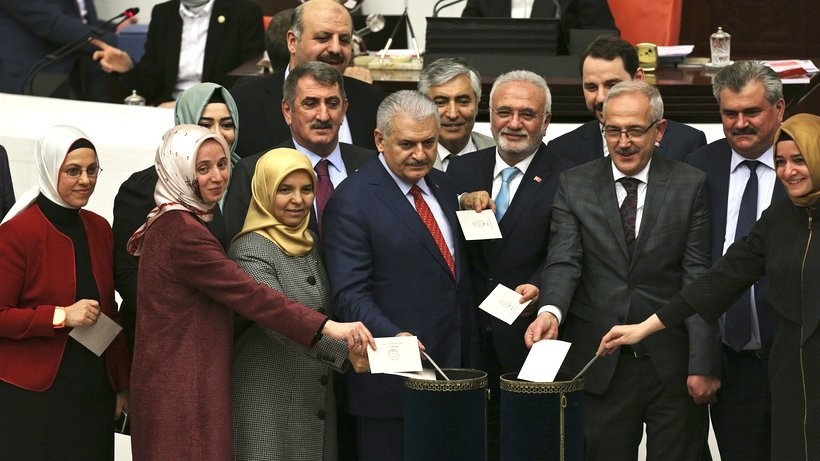 A total of 339 MPs voted in favor of the law that will now head to a referendum that will likely be held in early April.

The initial round of ballots on the reforms was completed after each passed with more than 340 votes.

A second round of voting on the 18 articles began Wednesday after almost three weeks of debates in parliament.

"People will have the final say," he told deputies.

"We have done our job. Now we convey the issue to its real owner, our people," Yıldırım said. "People's vote will be the most accurate one."

Nationalist Movement Party (MHP) leader Devlet Bahçeli told lawmakers, "The Turkish nation will do its own evaluation and hopefully it will add to what has been achieved so far."

But main opposition leader of the Republican People's Party (CHP), Kemal Kılıçdaroğlu, urged Turks to "spoil the game that was played in the parliament.

"The mistake that have been done in the parliament can be revoked by the people," Kılıçdaroğlu said.

Proposed changes to the constitution require a simple majority, or 51 percent, in the referendum.