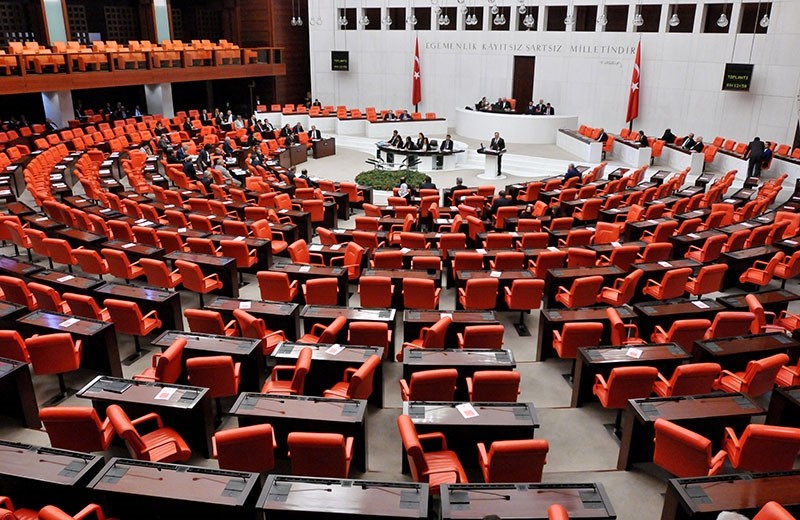 The Turkish Parliament on Wednesday approved mandate allowing troops to be deployed to Turkish military base in Qatar.

The parliament was expected to fast-track the draft bill, officials from the ruling Justice and Development Party (AK Party) and the opposition Nationalist Movement Party (MHP) said.

The move appears to support the Gulf Arab country as it faces diplomatic and trade isolation from some of the biggest Middle Eastern powers. Saudi Arabia, Egypt, the United Arab Emirates (UAE) and Bahrain severed relations with Doha and closed their airspace to commercial flights on Monday, charging it with financing militant groups.

Qatar vehemently denies the accusations. It is the worst split between powerful Arab states in decades.

President Recep Tayyip Erdoğan has criticized the Arab states' move, saying isolating Qatar and imposing sanctions will not resolve any problems and adding that Ankara will do everything in its power to help end the crisis.

Turkey has maintained good relations with Qatar as well as several of its Gulf Arab neighbors. Turkey and Qatar have both provided support for the Muslim Brotherhood in Egypt and backed opposition fighting to overthrow Syria's Bashar al-Assad.

Lawmakers from the AK Party have proposed debating two pieces of legislation: allowing Turkish troops to be deployed in Qatar and approving an accord between the two countries on military training cooperation, AK Party and MHP officials said. The second agreement would enable Turkish gendarmerie forces to train Qatari gendarmerie forces in Qatar.

Both draft bills, which were drawn up before the spat between Qatar and its Arab neighbors erupted, are expected to be approved by the Ankara parliament later on Wednesday.

Turkey set up a military base in Qatar, its first such installation in the Middle East, as part of an agreement signed in 2014. In 2016 Ahmet Davutoğlu, then Turkish prime minister, visited the base where 150 troops have already been stationed.

In an interview with Reuters in late 2015, Ahmet Demirok, Turkey's ambassador to Qatar at the time, said 3,000 ground troops would eventually be deployed at the base, planned to serve primarily as a venue for joint training exercises.

The Turkish parliament will go into recess prior to the Ramadan feast and continue to be on hold until Sept. 12.

However, Turkish deputies will hold an extraordinary meeting on July 15 to mark the first anniversary of Gülenist Terror Group's (FETÖ) defeated coup.

The deputies will also debate a draft law titled "Development of Industry and Support for Production" comprising 90 articles until the recess begins.

The draft law stops industries from operating within a 3-kilometer (1.9-mile) radius of olive groves in the interest of keeping the environment safe.