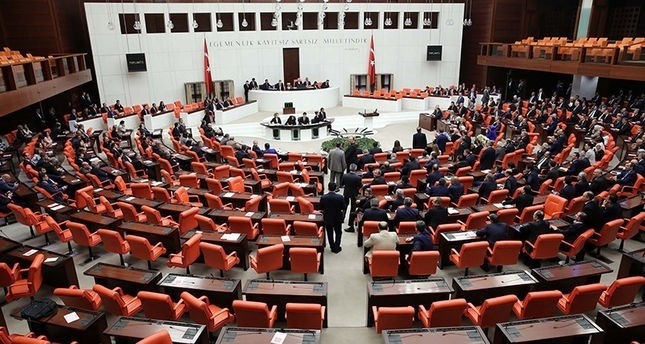 A proposal for changing parliamentary bylaws was approved by the Parliamentary Constitutional Committee in the Turkish assembly late Thursday.

The committee had launched discussions regarding 17 adjustments to new bylaws after a consensus was reached between the Justice and Development Party (AK Party) and the Nationalist Movement Party's (MHP). The 17-article resolution was submitted to Parliament earlier in July.

The adjustments include new restrictions on party proposals brought to Parliament, stipulating that only the author of the proposal will be allowed to address the chamber on behalf of the group.

In recent practice, the spokespersons of political parties were allowed to speak for 10 minutes. Now, under the proposed adjustments to bylaws, any chairperson who conducts a meeting in the chamber will be allowed to allocate 15 deputies one minute of speaking each. The proposed regulation, if passed, will be adopted as a code provision.

So far, there have been many attempts to reshape parliamentary bylaws. The current bylaws were approved on March 5, 1973, and took effect on Sept. 1, 1973. However, the parties have made efforts to change them more than 150 times since.