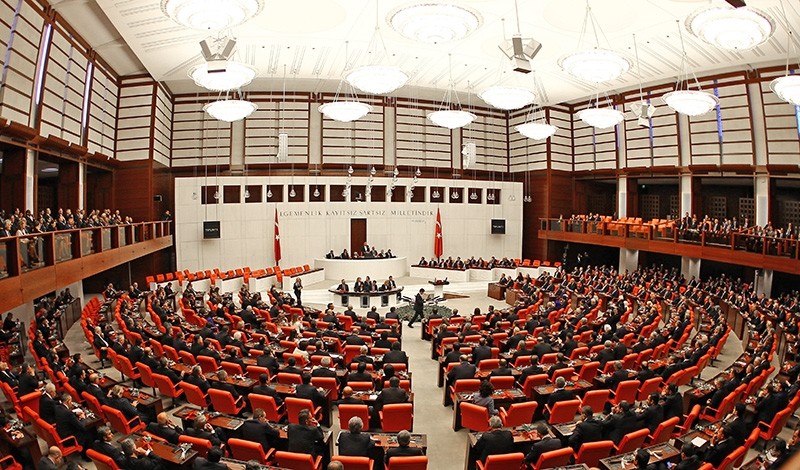 Since Parliament Speaker Ismail Kahraman's time in office expired Oct. 22, the parliament has been anticipating the coming election to fill his spot.

Candidates can apply for the opening until Thursday, Nov.16 at midnight, and nominees are able to campaign until Nov. 17. Election results will be finalized Nov. 21.

The CHP announced its nomination for Izmir Deputy Zekeriya Temizel as parliament speaker, while the HDP nominated Hakkari Deputy Selma Irmak, currently in jail for affiliations with the PKK, for the position.

The election will be carried out by secret ballot and will be finished in a maximum of four rounds of voting. In the first and second rounds, a two-thirds majority is required for candidates to continue to the third round, in which an absolute majority vote is sufficient to elect a new parliament speaker. The second and third rounds of voting are carried out on the same day. Namely, 367 deputies should be present in Parliament in the first and second rounds, and 276 deputies should be present in the third round.

In the event that Parliament is unable to garner an absolute majority in the third round, the two candidates who received the most votes in the previous rounds will compete in a fourth round of voting. The candidate who garners the most votes in the fourth round will be elected as the new parliament speaker for his or her respective parties, to serve for a two-year term. Following the selection of parliament speaker, members of the Presidency Council of Parliament will also be elected.