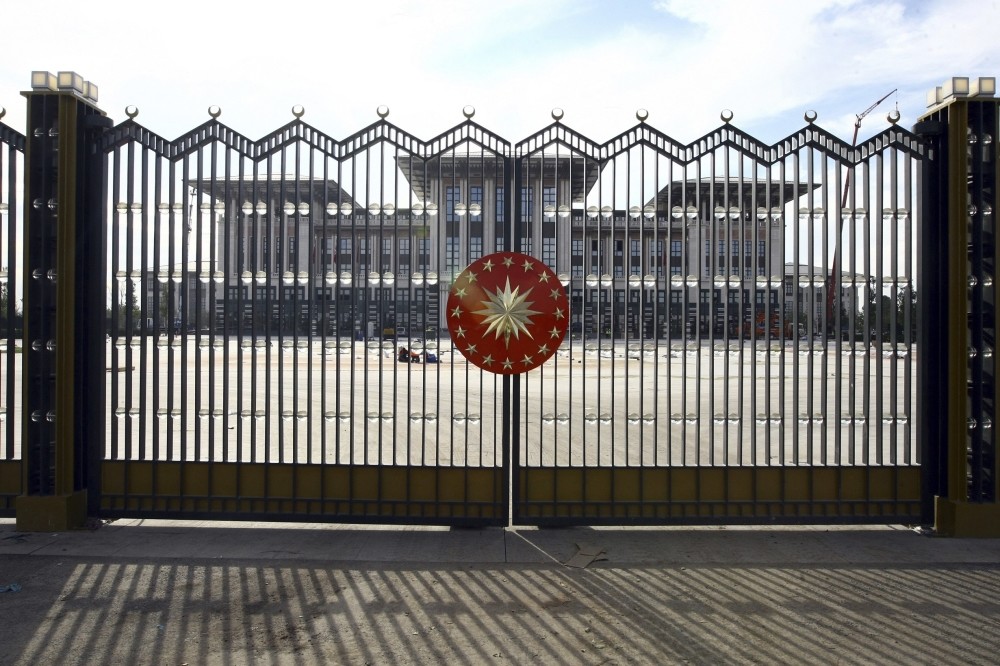 The June 24 parliamentary and presidential elections will have a highly consequential effect on the running of the country with the introduction of the executive presidency and all that it entails. After this Sunday's election, the way the country has been run since its establishment in 1923 will change and many positions that were created over the years will no longer be in existence. The previous head of the executive in the parliamentary system, the prime minister, will no longer exist. The head of the executive will now be the president. For example, the National Intelligence Agency (MİT) or the Office of the Chief of General Staff, both of which used to be an undersecretary, will now be categorized as agencies. 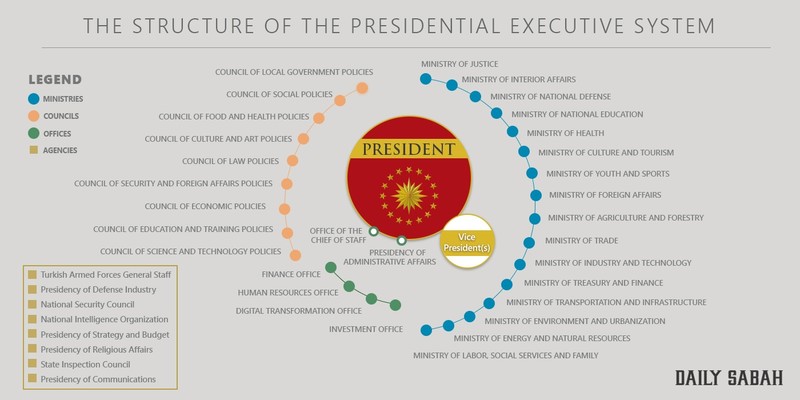 The constitutional changes necessary to switch the government from a parliamentary to a presidential system were approved by the public in last year's referendum on April 16 and this Sunday's election will be the first time they come into effect.

A separate hierarchy of agencies under the presidency will now run the government.

In a sign of more streamlined governance, the number of ministers, who will be appointed by the president, will decrease from 21 to 16.

The ministries will not be removed rather they will be combined, with the Foreign Ministry and European Union Ministry united under a single portfolio.

A new presidential administrative office will be founded to run the daily routine of the presidency.

Four new offices are also being established to introduce a faster and more strategic decision-making process in governance.

The main priority will be a more effectively run government by delegating responsibility with authority.

One of the main focal points of the transformation of the state will be to institute a more effective economic management structure. The number of ministries linked to the running of the economy will be decreased from six and their responsibilities will be more clear-cut to better delineate their areas of influence.

The many facets of counterterrorism will be channeled into a single and more organized structure for a better coordinated and more effective fight against terrorism.

On June 24, six candidates will compete for the presidency while parties will also be in competition in the parliamentary elections. The opposition bloc has vowed to dismantle the executive presidential system if they claim victory.