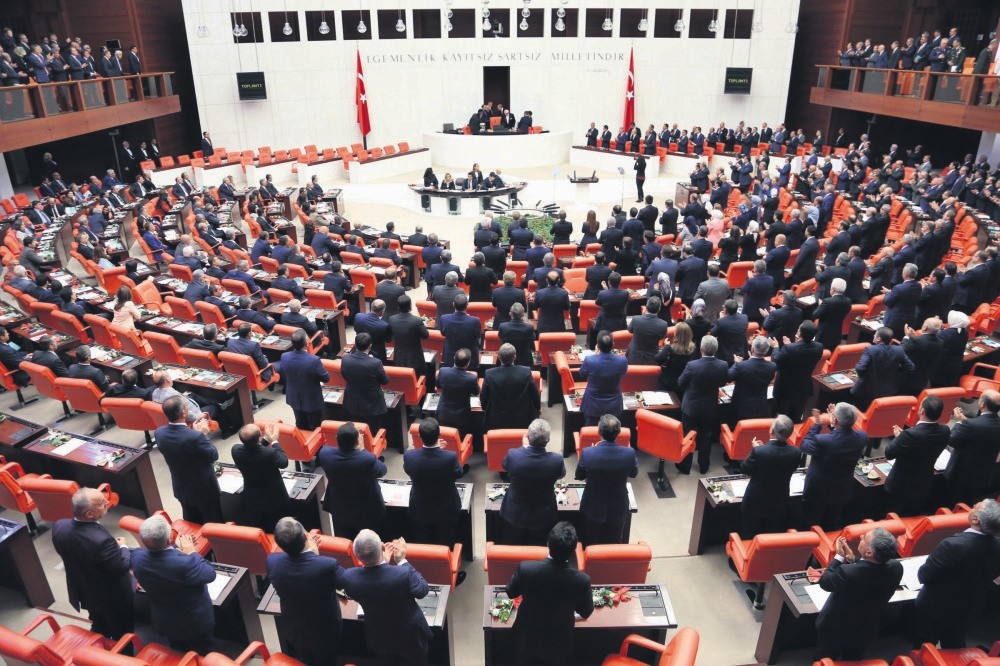 The Parliament will hold the first round of elections for parliamentary speaker today, in which four candidates will be in competition.

In the race for speaker, the ruling Justice and Development Party (AK Party)'s candidate is Binali Yıldırım, who served as prime minister until this week, when the post was abolished under constitutional changes. The Nationalist Movement Party (MHP) has announced it will support the AK Party candidate. The main opposition Republican People's Party (CHP) announced yesterday that it has nominated former minister Erdoğan Toprak for the post of parliament speaker. Toprak, a onetime deputy prime minister, responsible for youth and sports, is a lawmaker from the Istanbul province.

The opposition Good Party (İP) also nominated Hayrettin Nuhoğlu for the post ahead of today's elections. Nuhoğlu, born in 1953, is also an Istanbul lawmaker. The pro-PKK Peoples' Democratic Party (HDP) also nominated Meral Danış Beştaş for the post. Beştaş, born in 1967, is a lawmaker from the southeastern Siirt province. According to the Turkish state protocol, the Parliament speaker is the second-highest ranking government official. Current Parliament speaker İsmail Kahraman, who served for two terms, did not seek another term due to old age and health problems.

In the first two rounds of voting for speaker in the Parliament, at least 401 out of 600 deputies' votes are needed to win.

In a third round of voting, a minimum of 301 votes is needed. If a fourth round is necessary, the candidate with the largest number of votes is elected.