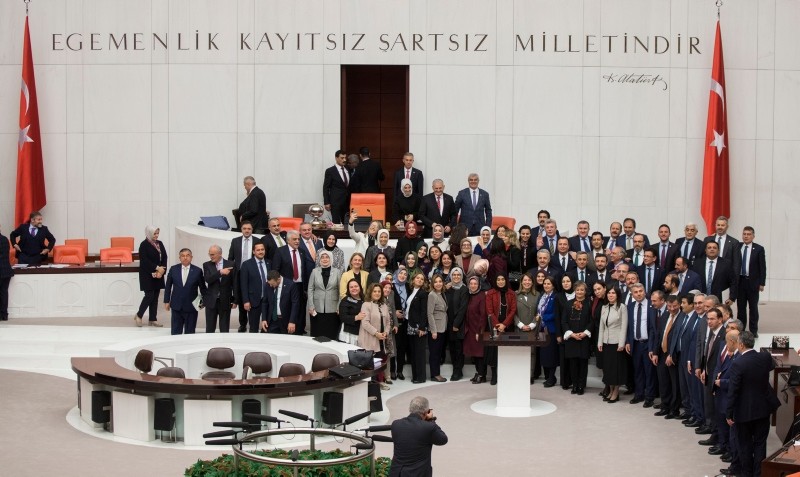 Parliament Speaker Binali Yıldırım announced that the budget was backed by 335 lawmakers while 166 voted against it in the 600-seat chamber.

Lawmakers from the ruling Justice and Development Party (AK Party) and Nationalist Movement Party (MHP) voted 'Yes' for the budget.

Beginning on Oct. 23, the budget talks in the Grand National Assembly of Turkey (TBMM) Planning and Budget Commission and General Assembly lasted for 345 hours amid heated debates.

The talks included budgets of 101 public institutions and 125 universities.

The debate at the commission went on for 19 sessions lasted a total of 190 hours and 34 minutes. The general assembly talks, which began on Dec. 10, lasted for 12 sessions totaling 155 hours. The minutes of the budget talks have reached 4,298 pages.

Ankara targets 3.5 percent growth in 2020 and 5 percent in 2021, according to the new economic program announced by Finance Minister Berat Albayrak on Sept. 20.