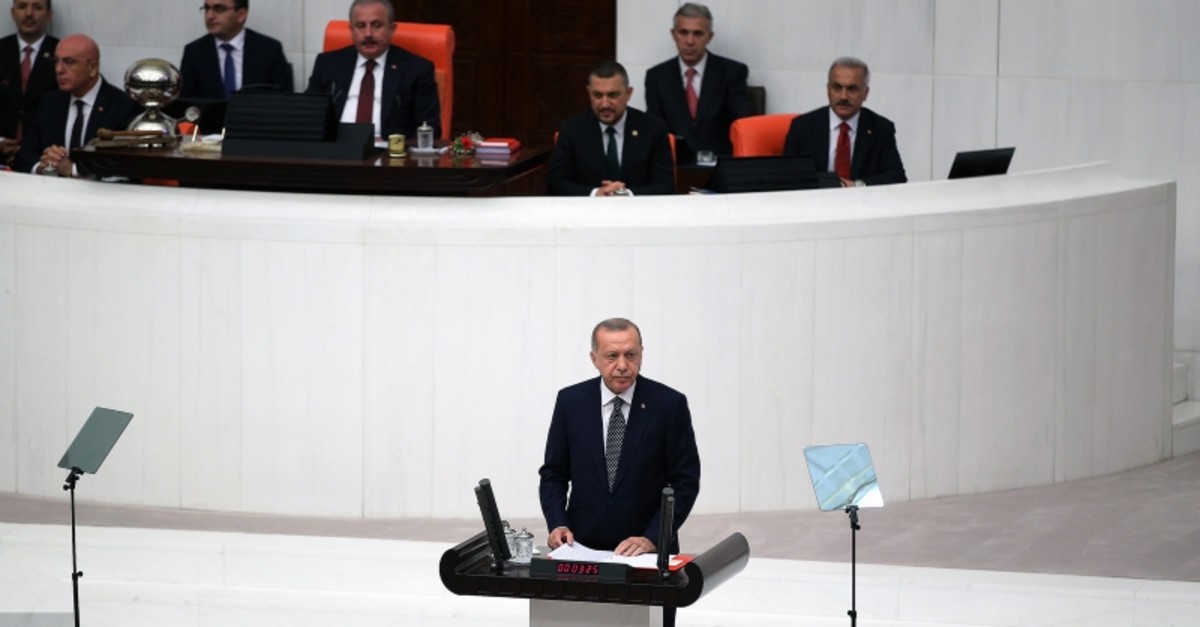 Turkey cannot turn a blind eye to the suffering of the people throughout the world, President Recep Tayyip Erdoğan said Tuesday at the inauguration of the third legislative session of the Turkish parliament's 27th term.

"Turkey plans to settle 2 million Syrians in 30-km-wide safe zone to be set up in Syria, starting from Euphrates River to Iraqi border, including Manbij," Erdoğan said.

"In the same way that Turkey can't turn its back on Syria, it can't ignore what is going on in Palestine, Libya, Pakistan, Afghanistan and Turkmenistan," the president said, adding that the country aims to resolve or contribute to the resolution of the problems.

Erdoğan noted that the number of Syrians returning to their homes since Operations Euphrates Shield and Olive Branch has reached 360,000.

"Turkey backs the territorial integrity of Syria and the political and administrative unity of Syrians," Erdoğan said.

"The only reason Turkey takes action in Syria is because of the direct terrorist threat, which has become an obstacle for Syrians to return to their homes," he added.

Turkey does not back the war, clash, bloodshed, death or suffering in Syria, he said.

According to the safe zone plan, which Erdoğan shared with U.S. officials, 140 villages and 10 district centers will be established within the 30-40 kilometer deep safe zone in northern Syria, housing 5,000 and 30,000 inhabitants each, respectively. The settlements will be provided with various facilities so that the people living there will be able to have a normal life with every necessity met.

Şentop will host an opening reception in the parliament after the session at 7 p.m. (1600GMT).

On Oct. 3 and 4, the general assembly is scheduled to debate international treaties.

Meanwhile, the parliament's justice commission is expected to convene on Thursday for the much-heralded new judicial reform package.