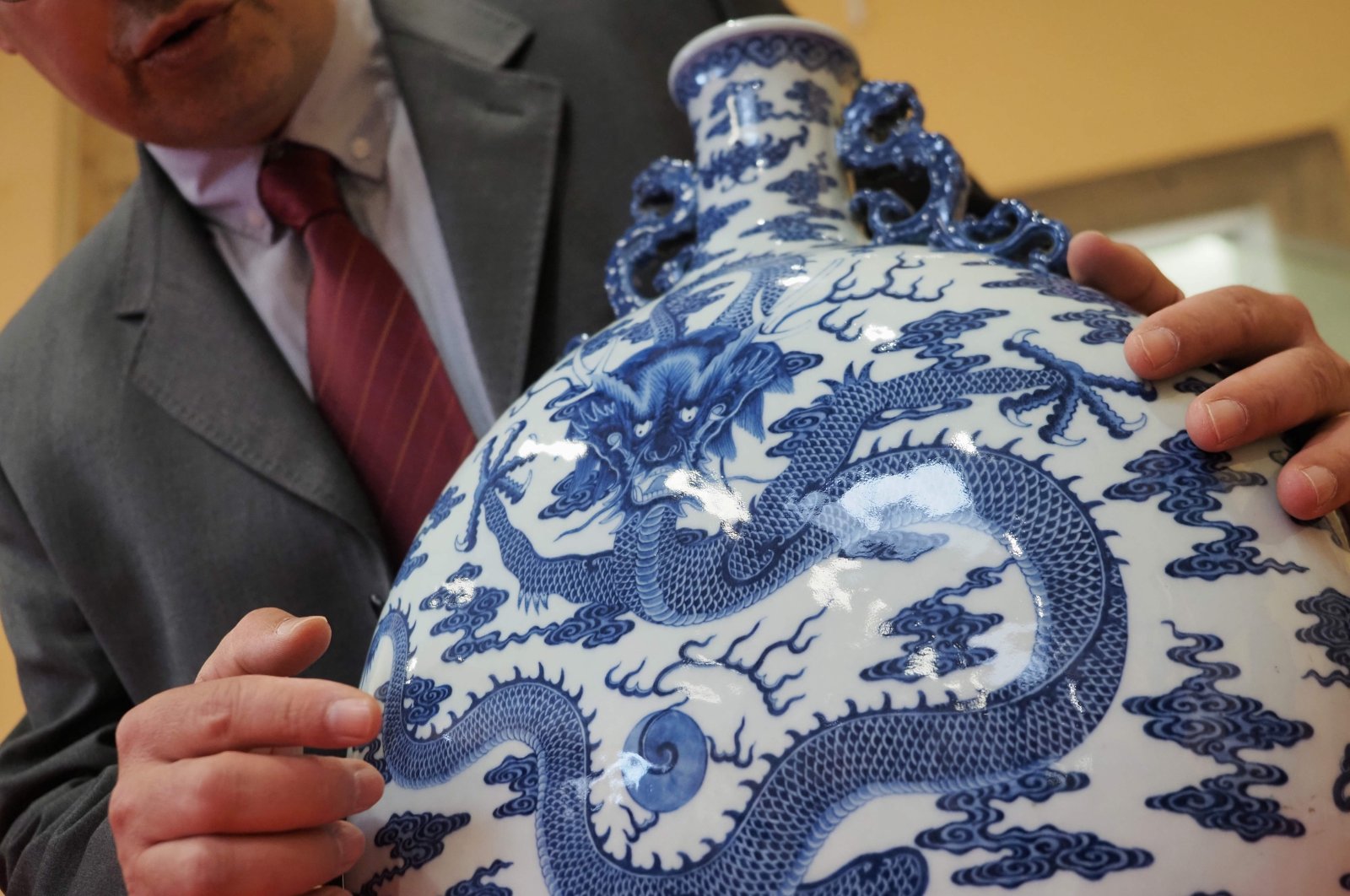 A Chinese porcelain gourd which once belonged to the 18th century Chinese Emperor Qianlong sold for 4.1 million euros ($4.6 million) at auction on Saturday.

The cobalt blue and white gourd, which represents an imperial dragon with five claws in search of the sacred pearl, went to a Chinese buyer by telephone.

Auctioneer Olivier Clair, who found the object while executing a will in a Parisian apartment, told AFP that with fees, the sale amounted to more than 4.9 million euros, addinf that: "There have been a number, but it remains very rare."

"The gourd was intended for Chinese pilgrims. Little by little, it has become a decorative symbol like a coronation sword. It is an object that interests the Chinese because it is their heritage." The gourd was possibly looted, along with many other objects, during the sack of the Summer Palace by a Franco-English expeditionary force in 1860 but Clair said its path to Europe was unclear.

"We do not know how the object arrived in France, we only know its history for three generations. It belonged to an old family of the paper industry which had links with the political sphere of the 19th century, no doubt relatives of Mac Mahon and Napoleon III."

Imperial items from the Qianlong reign (1735-1796) are particularly sought after. A pink family porcelain bowl sold for $30.4 million in April 2018 at Sotheby's in Hong Kong.