The happy people of Turkey 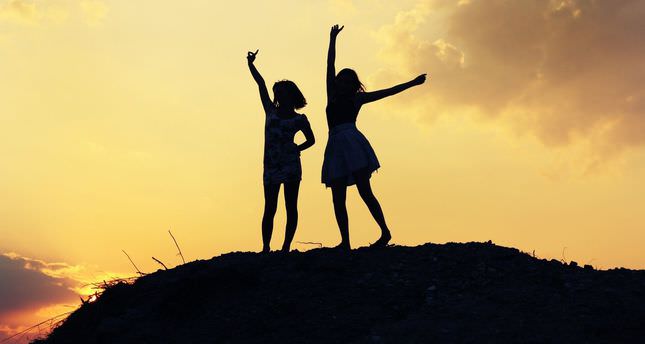 People living in the Black Sea coastal town of Sinop are the happiest in Turkey, according to a study conducted by the Turkish Statistical Institute (TÜİK), with the least happy people located in the eastern town of Tunceli

ISTANBUL — Everyone is in pursuit of it: happiness. Often it is the perception but it is undeniable the nation in which one lives and the services it provides certainly contribute to a happier life.

- Happy people of Sinop Accordıng to the Turkish Statistical Institute (TurkStat), statistics show that the happiest province in Turkey was Sinop, with 77.7 percent of its total population describing themselves as "happy" with their lifestyle. Following Sinop on the happy chart was Afyonkarahisar with 76.4 percent and Bayburt at 75.9 percent reporting themselves content. On the opposite end of the spectrum was Tunceli with only 42 percent of people describing themselves as happy.

The highest proportion of married individuals responding they are happy was in Sinop with 80.5 percent, while the lowest proportion was seen in Tunceli with 43.2 percent.

- Happy families in Karaman Family is an important part of our lives. We often share our happiest moments with them. The people of Karaman seem to have this figured out, with 83.6 percent saying it was their families that brought them the most joy while Muş was the lowest with 59.7 percent.

Among the reasons for happiness were marriage and health.

Sixty-eight percent of individuals stated their state of wellbeing was a cause of their happiness.

Hopeful people of Balıkesir Seventy-seven percent of people stated that they were hopeful for their future and the top three provinces to declare this were Balıkesir with 86 percent, Isparta with 85.8 percent and Bolu with 85.5 percent. The lowest levels of hope came from Diyarbakır with 64 percent, Tunceli with 67.2 percent and Düzce with 69.6 percent.

- Satisfaction from Social Security Statistics show 94.9 percent of people from Artvin reported they were highly satisfied with social security. The most complaints came from Şırnak, making them the highest dissatisfied province with only 58.9 percent.