When standing alone makes you stand out 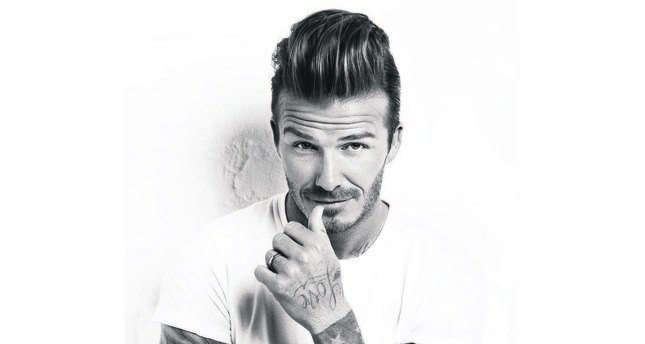 Being the odd one out may seem like a recipe for mating disaster, but it could make you more attractive to the opposite gender

ISTANBUL — Hair has always made a statement and facial hair is no exception. Many men decide to grow their stubble to make a statement. No longer the look of the rough biker, the ageing hippy, the pious man or even Ned Kelly, the beard is back in 2014 with a bang. It is now hot and trendy.

Turkish men took this fashion statement to a new level with not just the beard, but also the moustache.

The beard trend is becoming so popular that men who struggle to grow a beard are opting to get a facial hair transplant - a surgery to make their beards look thicker and less patchy. These men are paying up to $8,500 (TL 18,123.71) for the procedure.

So why are men fashioning their faces with hair?

It may have started with Movember, the charity that encourages men to grow their moustaches in November to raise awareness of men's health issues. It seems, however, to have developed into something of an exclusive men's club.

Stars such as Justin Timberlake, George Clooney, Brad Pitt, Kenan İmirzalıoğlu and David Beckham are leaving women drooling. It is evident beards come in all lengths and styles and while it does give a gentleman some grunt, it doesn't give him the license to grow a forest on his face.

So said a study Wednesday, which may also explain why fashions change.

Researchers in Australia used beards to test a theory that some features become more desirable when fewer people have them.
They showed women sets of pictures of men clean-shaven, with stubble or bearded and had them rate the men's attractiveness.

Men with beards scored better when they were surrounded by clean-shaved faces, and vice versa, the study found. "In some cases, rarity in ornamentation can be advantageous," said the paper, which may explain a puzzle of evolutionary science. Under the theory of sexual selection, female animals choose mates with desirable features, which are often "advertised" through adornments such as colorful tail feathers in peacocks.

Logically, these sought-after features should eventually dominate the gene pool and less desirable variations weeded out - but this is not the case.

Instead, genetic variations are perpetuated across generations specifically because they give a survival edge with combinations of "good genes" compared to the mainstream.

Scientists have long been baffled by the apparent contradiction but now believe rarity of features, scientifically termed "negative frequency-dependent selection," may explain some of it. In guppies, fish with the most unusual color patterns have the most mating success and they also happen to live the longest.

But how does it apply to humans?

Past research suggested that hair color variation spread through Europe on the back of such "novelty" selection and that men's preference for brown hair increases when it is rare. Other work pointed to men's preferences for unfamiliar female faces that, to them, look exotic. The new research builds on this, giving a clearer idea of the value in being the odd one out.

It also highlights the advantages of being able to manipulate one's look. "If men tailored their grooming in order to be distinctive... that could confer an advantage to rare-beard styles that would decay as a style grew more popular," said the study. This could explain why fashions keep changing. Novelty styles boost the chance of reproductive success because they stand out.

A beard makes me appear older and more mature, as opposed to a 21-year-old kid without it. I once had to attend a function at the Turkish Embassy in Lebanon so I decided to shave my beard to look presentable.
Upon shaving it, I realized how young a clean-shaven face made me look.