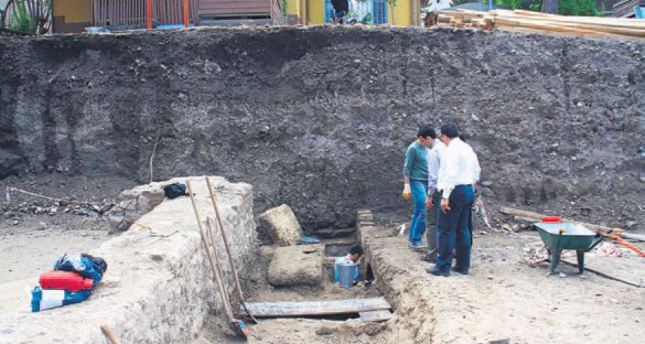 Workers digging for a building's foundation uncover 10 ancient Byzantine tombs, including one that contained the remains of a family

AMASYA,Turkey — Workers digging for the foundations of a new building in the western province of Amasya discovered 10 tombs believed to date to the late Byzantine era. According to Anadolu news agency reporters at the site, construction workers alerted authorities when they found human skeletons.Amasya Museum officials, after getting the necessary permits, uncovered 10 separate tombs.Officials said the archeological survey and diggings would continue.

Archeologists working at the site said they found the remains of a family, two adults and a child, in one of the tombs marked with a red cross, noting that they believed the skeletons belonged to a Byzantine family living in the region more than a thousand years ago.