‘Secured’ lives behind THE WALLS 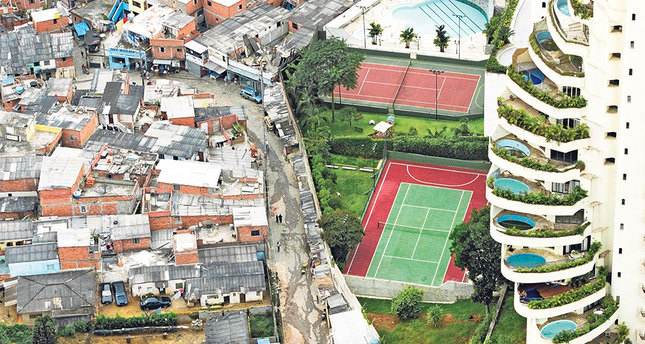 We build walls to keep us safe from the dangers of the world. Are we really keeping ourselves safe of are we the cause of our own imprisonment?

The autor recommends listening to 'I feel free' while reading this article.
When I was a child, my generation's children had almost the same daily routine all over the country: wake up early, go to a neighborhood school, come back home, watch the series "Carrusel" on the one and only TV channel and go outside to play until the aroma of your mother's cooking wafted through the streets, calling you to dinner. In those days, our parents didn't worry about strangers and unexpected dangers. We were all taught the same rule: never take candy from strangers. This single rule was enough to keep us safe.

Shopping was a chore, something that needed to be done, rather than a pleasurable pastime. The stores were close to home, and we knew the owner and his family. Women in the neighborhood spoke of the season's latest fabric and print and all went to the same tailor to have their clothes made while the men discussed either sports or politics. Choice in schools were simple. We all went to the same one. Restaurant night was penned in to the same place, on the same night at the same time every week. Memories were similar. It was the experience that was different.

Shopping centers caused a breakdown in this system. First of all, we left the neighborhoods we all knew too well. Our centers had changed and we had a wider zone to move. In the new zone, we had more people to communicate with and more information to store. People had options on where to invest their time, lots of alternatives for garment shopping and new people to meet with new lives to discover. Fashion and entertainment became complicated and something more than a topic for discussion. It became something that required research.

It wasn't only human behaviors that changed, cities were transforming. It started getting crowded and structured at an astonishing speed. We can list the reasons as immigration, needs and overcrowding, among others. But after a point places became unrecognizable and lose their spirit. The economic improvements and better living conditions made the people feel that they had to distinguish themselves from those who hadn't transformed. I would compare it with the children's play. They draw a circle around them and don't let anybody enter it. To make this separation significant and acceptable, people invented gated communities.

Actually the main reason for choosing to live in a gated community is safety. The primary feature of a gated community is a strong wall and a main entrance that's guarded. Unlike an ordinary building, secured sites require you to present your identification before you are allowed access. Here, you will be made to feel like a dangerous stranger. The biggest disadvantage of growing zones is that many people from different societies and layers of community touch and suspect each other. If one is unable to manage their zone, they cannot trust it either. Walls are the barriers that prevent kids from having friends to play with outside. Walls are intended to give you a sense of safety, security, control and a degree of refuge. But at what cost?

All over the world, spaces in and outside gated communities are very different from one other. Even today, the upward trend is to make the inside more and more different from outside. In some cases, living in a gated community is like being accepted into a high-class social club. It is not only a place to live but also a lifestyle. When you look at the city from the air, you can read the economic and social layers and areas because of these separations. Director Ron Fricke released a video documentary titled "Samsara," which shows scenes from 22 countries around the world and is unique in that it relies exclusively on video footage and music to convey all of the diversity and contrast that can be found throughout the planet. One of the most striking samples of the world is from Sao Paulo, Brazil.

This is a picture of a neighborhood of Sao Paulo, known as Paraisópolis (Paradise City in English) and an adjacent condominium complex called the Condomínio Edifício Penthouse. Owning a condo there means that you can see how the other half lives from the comfort of your own balcony pool. No matter how we design secured lives and happy cities inside, we will be apart from the real city. After a while, the cities lose their unity and fluidity. In every step, you hit a wall and change your way. Meanwhile the walkable and visible public areas do not occupy a place as private ones. In the end, spaces not surrounded by walls will not be a part of city as well. A city will have two blind cities, carefully touching the edges.

By its nature of being human we will refer and miss the old days until we die. Proust says, "we love our childhood not because they were all good but to remind us good old days." I personally miss the free fields and gardens that I could run through without walls. I know that if you draw a circle around you, it means that outside the circle is "not safe." I prefer to make my world bigger than I can draw.