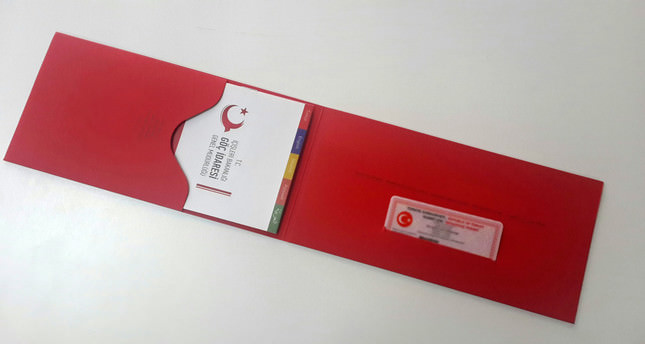 Obtaining a residency permit is challenging anywhere you go, but when rules and regulations change, a wrench is thrown in to the works. Ease your troubles by following the protocols

Turkey's new law on foreigners and international protection went into effect on April 11, 2014. As a result, the process of applying for residence permits for expats in Turkey has also undergone some changes. Aimed at reducing cost and paperwork, the new procedure will eventually be more practical and applicable.

However, during this transition period, as many may well know, there has been confusion on what the new procedures will entail. After lengthy research and networking, as well as numerous visits to a variety of local police departments' foreigners branches, I have managed to gather the following information regarding the new procedures for residence permits.

With the new law, a General Directorate of Migration Management (GDMM) has been established under the Ministry of Interior to handle all polices and strategies related to migration, including procedures for foreigners entering and residing in Turkey. Eventually, all residence permit applications will be processed by provincial GDMM centers. However, during this transition period, which may last up to a year, local foreigners' branches of the
Turkish National Police (TNP) will continue to accept applications for expats to reside in Turkey.

With the new 180-day visa, of which only 90 days during that timeframe can actually be spent in Turkey, more and more expats are applying for residence permits. If you know you will be staying longer than 90 days in Turkey prior to your arrival, it would be wise to apply for a residence permit from your local Turkish consulate a few months before you depart. If, however, you arrive to Turkey on a 180-day visa and decide you want to stay longer than the allotted 90 days, then within the first month of your arrival you should apply for a short-term residence visa at the foreigners' branch of your local police department. Short-term residence visas are issued for up to 12 months. Keep in mind that in any case, applicants must have a passport that is valid for at least an additional 60 days beyond the duration requested for residence.

Whether you are applying for a residence permit for the first time or are a seasoned renewer, there are a number of changes you may want to take note of. Perhaps the greatest divergence in the new application process is the requirement of health insurance to cover the duration of the residence permit applied for. This is where it gets tricky. Turkey's Social Security Institution (SGK) does offer Universal Health Insurance (Genel Sağlık Sigorta) for foreigners of any age, however, only after they have resided in Turkey for a year, with a valid residence permit to prove it. Separate health coverage is not required from expats whose native countries have a reciprocal agreement with Turkey.

Check with your local SGK office to determine whether you qualify. Foreigners are also allowed to have their own private medical insurance so long as it is a general health policy, which includes inpatient treatment and coverage in Turkey for the duration of their stay. In addition, travel insurance, which covers the aforementioned criteria, will also be accepted for applicants requesting to stay in Turkey for less than a year. Don't forget that policies purchased abroad will need to be translated and notarized.

In addition to medical coverage, applicants will also need to prove that they are able to support themselves during their stay in Turkey. The methods in which to do so involve having the equivalent of $500 (TL 1,086) per month for however long you plan to stay deposited into a bank account, or presenting a currency exchange receipt for the same amount. A foreigner can also be supported by a sponsor who earns at least minimum wage, as is also the case for family residence permits.

By applying for a family residence permit, foreigners with Turkish spouses may be granted a permit for up to two years. Expats who have stayed in Turkey for at least eight years on an uninterrupted residence permit may also be allowed to apply for a longterm residence permit, so long as they can show they have sufficient income and health coverage.

Residence permits are now being issued in the form of a card for just TL 50 ($23), which will be sent out from Ankara to the applicant's home address by the national postal service approximately three to four weeks after the application is received. Foreigners, who have paid the residence permit fee at the time of their application, will be issued a document by the TNP pending the approval of their renewal, which will allow them to stay in Turkey even if their residence permits have expired as well as exit and enter the country within 15 days without having to buy a visa.

Last but not least, make sure to register yourself in the address-based registration system at your local Civil Registry Office within one month of receiving your residence permit or else it could be cancelled.
Last Update: Aug 07, 2014 1:39 am
RELATED TOPICS