A tour of Turkey's artisanal cheeses 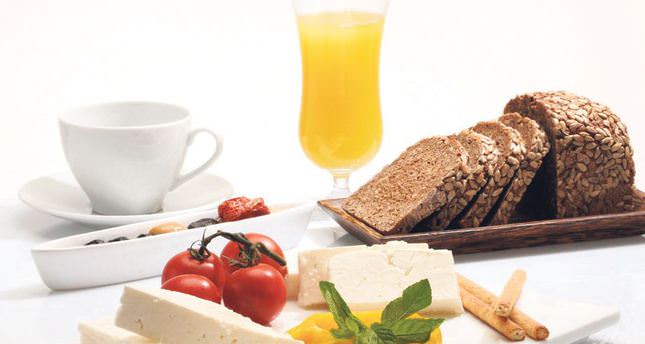 Turkish cheese is one of the most delectable delights of Turkish cuisine, and is a breakfast and meze staple that is also featured in a number of unique desserts. However, the vast variety of cheeses this country has to offer goes way beyond the types anyone residing or traveling to Turkey would normally encounter.It should come as no surprise that in this land, which has been home to many civilizations, boasts such a diverse range of cheese offerings. We know that in 3000 B.C., the Sumerians, who were the earliest settlers of Mesopotamia, recorded the making of 20 different types of cheese on clay tablets.

Overall, there are more than 100 types of cheese produced in Turkey, however, when grouped according to their similarities, there are around 30 different kinds of cheese. For millennia, villages in Turkey have been making their own styles of cheese they have passed down from generation to generation that have since become that particular region's delicacy.

The following is a list of some of the most unique cheeses in Turkey based on regions that go way beyond the Beyaz Peynir (white cheese), Kasar, Dil and Lor varieties seen more regularly in Turkey. Çerkez Füme is a Circassian smoked cheese produced in the eastern Marmara region. This cheese is usually made from low fat milk, and is fumed with pinewood smoke. Abaza is a semi-hard cheese that is infused with various herbs, the most popular version being with nigella seeds. Mihaliç is an aged cheese made from high-fat sheep milk in the northwestern provinces of Balıkesir and Bursa.

Ezine, a city in the Çanakkale province situated in the Aegean region, is famed for its high-quality Beyaz Peynir variations, and is definitely worth a visit. Elsewhere, Ayvalık is known for producing the Sepet cheese variety entitled Kirli Hanım, which means "dirty lady," and is a hard cheese made from a blend of goat, sheep and cow's milk that is shaped into a basket. This type of cheese, which has the indentations of a basket along its rind, is mainly produced in the Aegean.

The Aegean is also famed for its version of Tulum, a variety of cheese that was traditionally matured in an animal skin pouch. Izmir Tulum and Bergama Tulum are semi-hard cheeses made from sheep's milk or a combination of milks, and are harder and higher in fat than traditional tulum cheeses. The best quality tulum of this variety are said to contain holes the size of a bird's eye. Kopanisti is a salty, spicy cheese, which has been made in Greece for more than 200 years, and is sometimes referred to as "Greek Roquefort." In Turkey, it is traditionally made in Çesme and Karaburun.

There are two other cheeses produced in Central Anatolia that have similarities to Roquefort, such as Tulug (Gög), which is a sheep's milk cheese that is kept in an earthenware pot buried upside-down in soil, and is referred to by locals as "natural penicillin." Divle Tulum, which actually tastes more like an aged cheddar, is also similar to Roquefort in the sense that it is matured for four to six months in a cave, located in the Ayrancı district of the Karaman province, just 100 kilometers from Konya. Örgu Peynir, which hails from Diyarbakır in Southeast Anatolia, gets its name from its plaited shape. It is a salty cow's milk cheese that is excellent for frying. Both Gaziantep and Sanlıurfa are also renowned regions for their wide variety of artisanal cheeses.

Antakya and Hatay in the Mediterranean region are also famous cheese producers, and they make a cheese similar to buffalo mozzarella called Sünme, which is made into a rope-like form. Antakya's Sürk cheese is a round, dry and crumbly strawberry-colored cheese, flavored with a variety of spices such as zahter, red pepper and nutmeg. Hatay is also famed for its popular dessert Künefe, which is made with shredded wheat, syrup and a salt-free curd cheese, referred to as Künefe Cheese.The Black Sea, especially Trabzon, is also renowned for its cheeses as well as butter. Çig Kesik is a raw sheep's milk cheese made in Samsun that derives its flavor from the mountain thyme the sheep in the region nourish on. Kargı Tulum from Çorum is considered by many to be the ultimate traditional tulum variety.

The much-loved regional dish Kuymak, also known as Muhlama, uses a special string cheese, which is also a regional specialty cheese that is mixed with corn flour and butter to make a scrumptious fondue. There is a revival in Turkey of these artisanal cheeses, and so if you are unable to visit the regions on your travels, then many of the cheeses mentioned can be purchased in specialty delicatessens in Istanbul such as Nezih Gurme and Milka on the Asian side, and Namlı in Karaköy and Antre Gourmet in Cihangir. For further research, Canadianborn expat Suzanne Swan has written a book detailing Turkey's wide variety of cheeses, entitled "The Treasury of Turkish Cheeses" (Türkiye'nin Peynir Hazineleri).

To learn how to make Turkish artisanal cheeses, the Tangala Farm, located near the ancient city of Tlos in Akdaglar, Fethiye offers three-day cheese-making courses monthly. Upcoming courses begin on Sept. 12, Oct. 10, Nov. 7 and Dec. 12, and this year's theme of cheeses include Beyaz Peynir, Labne, Lor, Tulum and Salamura Goat cheese. For more information, contact the farm at: tangalapeynirleri@gmail.com.