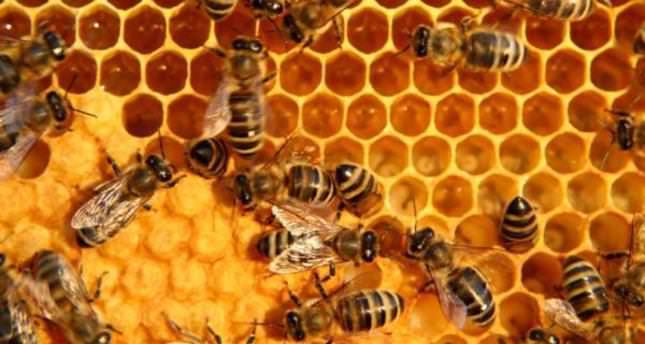 by French Press Agency - AFP Aug 26, 2014 12:00 am
Honeybees probably originated in Asia, not Africa, scientists said Sunday who had teased interesting tidbits from the busy little pollinators' genome that they hope can be used to protect it. They sequenced the genomes of 140 honeybees from 14 populations from Europe, Africa, the Middle East, the U.S. and Brazil, looking for DNA clues as to how the insects responded to survival threats throughout their 300,000-year history. Honeybees, responsible for pollinating a large chunk of the fruits, nuts and vegetables we eat, are in decline in many parts of the world, raising concerns for food security. An international expert team reported in the journal Nature Genetics that they had found evidence of evolutionary adaptation on some 3,000 individual genes of the Apis mellifera species, that boosted functions like immunity and climate adaptability. This information could lay the foundation for producing bees in the future that are more resistant, for example, to the Varroa mite that has been implicated in hive declines in Europe and North America. "We have compared the entire genomes of honeybees from Africa and Europe and identified positions in the genome where they differ," study co-author Matthew Webster from Sweden's Uppsala University told AFP.

"Amongst these positions may be specific differences that make African bees more resistant to Varroa... If we could identify these genetic differences we could understand what makes them more resistant. This could help us to produce more disease-resistant honeybee populations in Europe and North America, which would be a major step in fighting honeybee declines." The team had also found a "surprisingly high" level of genetic diversity for a domesticated species. This diversity was obtained through mixing honeybees from different parts of the world - suggesting that inbreeding is not the cause of the current colony losses, the researchers said. The genetic analysis also showed that climate changes over the past 300,000 years had affected honeybee population sizes. "If we knew how bees are adapted to warm or cold climates then this could help us to maintain populations that are adapted to local environments and protect them from climate change," said Webster.
Last Update: Aug 26, 2014 1:23 am
RELATED TOPICS