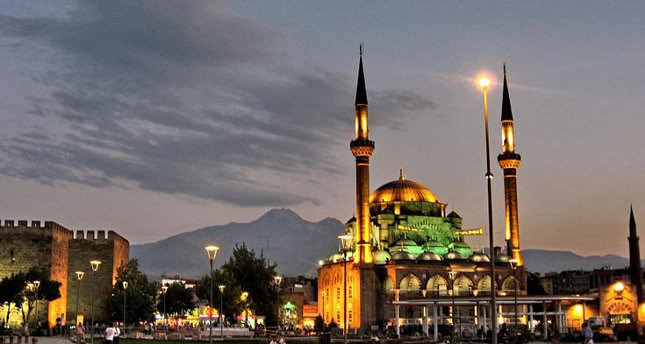 by Aug 29, 2014 12:00 am
The mayor of Kayseri's Melikgazi district, Memduh Büyükkılı, said that municipal officials should take nature and environment seriously. He stated they are sensitive about energy and for that purpose, they are conducting research on wind and solar energy. Büyükkılı noted they built special devices that utilize Wudu (ablution) - water heated by solar energy - and said that these places can be seen in various mosques in the district.

Mayor Büyükkılı visited the facilities built by the Energy Saving and Productivity Commission in Melikgazi Municipality and said that they want to use solar electricity in the municipality's social and sports facilities, police stations, cleaning and technical workshops, nurseries, gardens and greenhouses. He said, "As an example municipality, we always prove that Melikgazi is an eco-friendly place. Electric automobiles and ablution projects using solar energy exemplifies it. [In another example], we kicked off a project for electric garbage trucks.

We will buy new garbage trucks with electric engines. All the municipality's facilities will use solar electricity as well, and by reducing the electricity costs, we will be able to build more parks. From now on, the Anatolian Sun will be turned into energy and light up Anatolia. We will see to it!" Büyükkılı added that they will provide economic support by using solar energy in municipality facilities as well.
Last Update: Aug 29, 2014 10:09 am
RELATED TOPICS