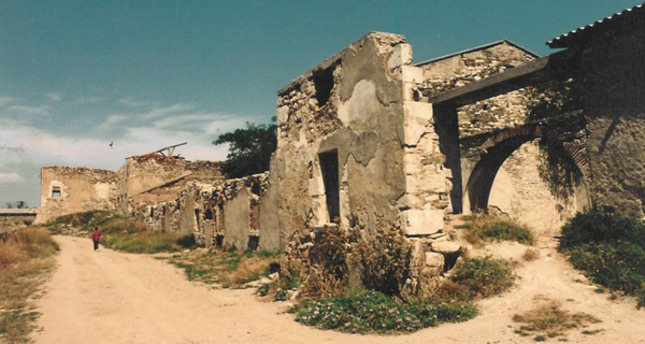 by AA Sep 05, 2014 12:00 am
According to the information obtained from the Ministry of Culture and Tourism, the Rami Barracks were built in the period of Sultan Mustafa III (1757-1774) and renovated and expanded by Sultan Mahmud II between 1828 and 1829. The Rami Barracks, used as Sultan Abdülmecid's military headquarters during the Crimean War, gained their last form during the reign of Sultan Abdülhamid II. The barracks continued to serve the army during the first years of the Republic and completed their military function in the 1960s.

Later on, they temporarily were assigned to dry food wholesalers by the Eyüp City Council.The Rami Barracks were registered as "cultural property" on October 14, 1972 by the Ministry of Culture and Tourism. As food stores located on the Eminönü and Unkapanı coasts of Haliç, an industry and trade center since the Byzantine era, in modern times caused traffic jams, pollution and noise, Istanbul Metropolitan Municipality then Mayor Bedrettin Dalan ordered the stores to be moved to the barracks in 1986.

The shopkeepers that were temporarily moved to the Rami Barracks have been working there for the last 28 years, however, 1,500 shops in the barracks will be moved to a new location in two or three years. Featuring a football field and parks for youngsters, the barracks are surrounded with garbage and their walls are covered with graffiti. The Rami Barracks, which cover 220,000 square-meters feature a rectangle shaped yard, eight wings and five separated blocks. Built of stone masonry, the barracks have been renovated many times.

As part of the latest restorations, its original standing walls and floors will be strengthened and inauthentic or demolished parts of the building will be rebuilt. Officials announced that the building will be reconstructed as well as restored. It is planned that when the restoration is finished, the Rami Barracks will be used as a library, laboratory and administrative building. Within the scope of the tender for the restoration of the barracks, the restoration of the wings numbered 2, 3, 4 and 5 will be come first. The tender for the restoration was carried out on Aug. 4 by the Istanbul Directorate of Surveying and Monuments. The President of Food Wholesalers Association Mustafa Karlı said 1,500 stores located in the barracks are affiliated with the association and four years ago officials contacted them regarding the restoration.

He said that they have come to terms with Istanbul Metropolitan Municipality and other establishments. "We were given four years until the restorations started. Some of our stores got smaller but we are doing everything we can not to prevent the state doing its job," Karlı said.
However, locals around the area want the city walls to be restored instead of the Rami Barracks.