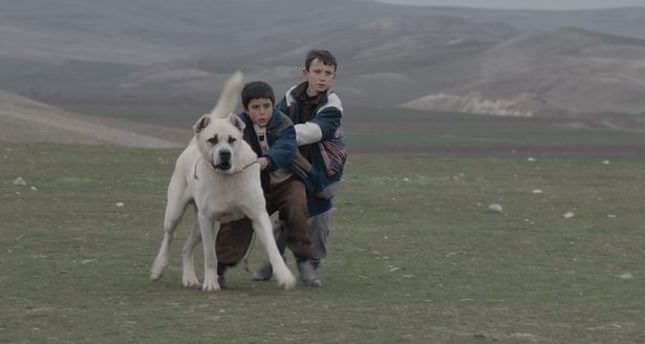 One Spanish journalist stormed out of the film screening, yelling that the production was "cruel to mutts." The action was followed by applause from several critics in the audience who also walked out from the screening at the Venice Lido, home to the film festival.

The director, however, said no dogs had been hurt during the filming thanks to the sophisticated staging of fights he developed during an earlier documentary on the subject that is commonplace in rural Anatolia in Turkey.

"There are techniques that allow us to show combat without any real blood being spilled," he told reporters. "Everyone can rest assured, no dog got hurt."

"The montage, the way the dogs are trained and above all the special make-up and tinctures we have give the impression that the fighting was real," he said. "We are talking after all about cinema and the magic of films. When you see a science fiction film with flying objects on the screen, do you think they are real?" Mujdeci asked.

The film tells the story of a troubled Asian boy, played by an impressive 11-year-old actor, Dogan Izcim who befriends and adopts one of the massive 70 kg Anatolian shepherd dogs named "Sivas," after he is wounded in an illegal fight.

"This was an impressive debut for the strength and clarity of the directing, all filmed with non-professional actors found on location" in a remote area of Eastern Turkey, Rome's Il Messaggero newspaper commented.

"The contrast is very beautiful between the tenderness of the scenes of the dog with the boy, who develops a close friendship with each other, and the cruelty of the fighting," a Messaggero critic said. "This is on a much higher level than Lassie or Rin Tin Tin."

Il Fatto Quotidiano newspaper said that "'Sivas' is a total immersion in an archaic, peasant world of sheep and grazing, houses carved out of rock and a civilization that seems to have stopped a century ago pivoting on male violence and domination."

"Men are a problem in this world," says Mujdeci, who is based in Berlin. "Everything bad that happens on the planet is due to men whether they be mayors, heads of government or soldiers. I would prefer a world governed by women with a sperm bank for reproduction," he quipped.

The 71st Venice Film Festival opened on August 28 until September 6 and sees 20 films compete for the coveted Golden Lion prize. Nineteen of the movies will make a world premiere including Turkish-German filmmaker Fatih Akin's "The Cut" with French actor Tahar Rahim.