Number of 'green star' facilities grow 6- fold in a year 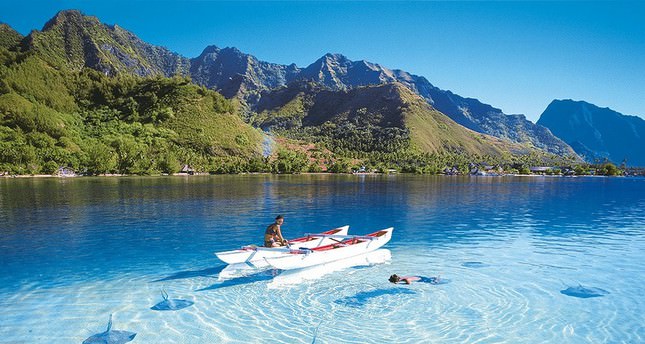 With the initiatives that have been executed by Turkey's Ministry of Culture and Tourism since 1993, green-stared facilities are increasing within Turkish tourism.While the number of green-stared facilities was 22 in 2013, this number went up to 103 in June and reached 125 in August. Regarding facilities with green stars, Antalya leads with 64 facilities while Istanbul claims the second place with 14 facilities. These two cities are followed by 11 in Mugla, 9 in Izmir, 4 in Hatay. Ordu and Sanlıurfa also have three green stared facilities each. Head of Practices and Activities Department of Ministry of Culture and Tourism Mehmet Taskın, in his statement to Anadolu Agency (AA) reporter, emphasized the importance of environmentally-conscious tourism facilities. He pointed out that Turkey ranks number six in tourism around the world, adding, "what will we promote when our nature is lost?" He noted that we have to follow national policies instead of acting according to the criterions set by other countries. He stated that their priority is to create an environmentfriendly conscious and build green facilities.

According to Taskın, we can only rank number one as long as we maintain sustainability. He said, "our biggest tourism product is nature," noting, they are planning to raise the number of green star facilities in Turkey. He further informed that the ministry offers free advisory services to 15 hotels to get green stars within the scope of the ministry's project "Enhancing Rapport Abilities of Employers and Employees." Taskın said they will also train tourism personnel with a 7.5 million euro (TL 21.03 million) EU budget. He underlined that Turkey has leveled up but its place is not secured. He noted that they have to focus on education in universities as well as making use of the personnel in tourism. "We try to create 'brand loyalty' by making tourists come to Turkey five or ten times in 10-20 years," Taskın stated before saying that tourists will come to Turkey as long as they are pleased with the tourism facilities.