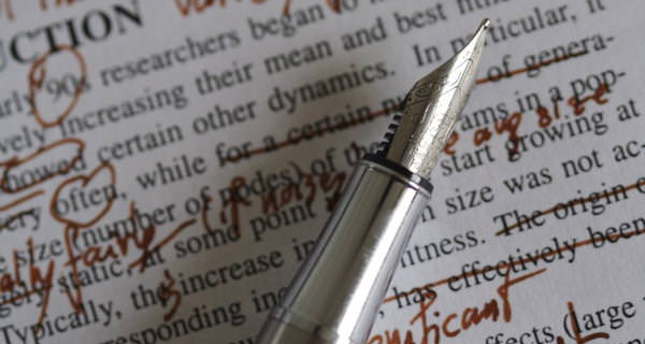 by İsmail Selim Eşsiz Sep 21, 2014 12:00 am
When you are writing in a language other than your native tongue you are out of your element. No matter how much you know of the non-native language, mistakes will be there. In most cases the amount of mistakes usually depends on your level of knowledge, but when your profession is journalism it becomes very important to convey your meaning to the readers flawlessly. Actually, I already wrote about this issue on June , 2014, in a story titled, "A Slope in Journalism: Translation."

As the ombudsman for Daily Sabah, aside from preparing this page every week and writing about the state of journalism at the paper we also review letters from readers as well as surf Internet platforms to spot possible criticisms about our newspaper and act accordingly. One of the most frequent criticisms I encounter usually concerns our use of the English language in the paper. Many critics have said that news articles published in the Daily Sabah were poorly written, grammatically wrong and used incorrect words. Furthermore, nearly every one of these critics neglected to give examples of the aforementioned flaws and thus we could not take measures to correct the mistakes or inform the authors of their mistakes.

Last week, a letter with similar content was sent to our Chief Copy Editor Gönül Taban. The correspondence read exactly as such:

I want you to say that, there is something wrong with your newpapers' [sic] language. It is so clear, your authors use google translate or something like this type of dictionary. Cause [sic], sentences are so much 'chicken translate' [sic]. Please solve this huge problem to perfection.

Our chief copy editor requested some examples from the reader and she provided us with some. We thank Ms. Tezcan for taking the time to provide us with a structured critique. Below are the cited mistakes and Gönül Taban's responses:

ET: Sure, I need to give 'a couple' of examples. But u [sic] can be sure, there are so many mistakes in whole, but i [sic] have no time to correct all.

GT: We cannot change the name of an association. This is how the "Her Yerde Sanat Derneği" refers to itself in English on its own official website. Please click on the link to see for yourself:

GT: A brief Google search will show that even The New York Times (only because you referred to it as a reference) this is not an error and they too have simply written "Soma mine…" in reference to the area.

The exchange was considerably longer but these will do for now. I chose not to edit the mistakes of the correspondence to give you a better picture. It is important when engaging in criticism to have sufficient knowledge of the subject before criticizing, otherwise what is thought to be a mistake could in fact be the correct usage. Nevertheless, as I said before, we thank our reader and release both the examples and our copy editor's answers in order to address such topics in case anyone else had similar thoughts about the issues mentioned above.

At Daily Sabah, every word is checked by our team of native-English-speaking copy editors before the paper goes to print. However, we are only human, so minor typos and even grammatical mistakes can slip through the cracks as it happens with even some of the biggest papers around the world. As long as the errors don't change the meaning and are rare enough to be nearly nonexistent, how a newspaper choses to conduct journalism should be more significant.