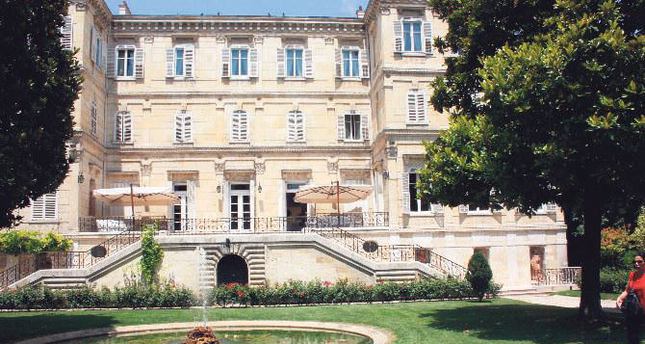 by AA Sep 22, 2014 12:00 am
As a part of "National Heritage Days," the 167-year old French Palace, which was formerly the residence of the Consulate General of France in Beyoglu, will open for visitors on Sept. 27. Consul General Muriel Domenach guided press members during their visit at the palace. The establishment of political relations between Turkey and France date back to 1536 when Ottoman Suleiman the Magnificent made an alliance with François I of France against Holy Roman Emperor Charles V - an alliance that is regarded as the world's first diplomatic relation. The palace, which was built from 1839 to 1847, was renovated after a series of fires. Domenach emphasized the significance of the 500-year old relationship between Turkey and France, and said visitors can take a tour at the palace garden and church. As an important part of Istanbul's national heritage, the palace stands out with Roman-era sculptures, paintings and antique furniture. Visitors need to make an appointment for hourly tours in advance. Domenach invited all to explore the secrets of the palace.