Istanbul becomes triumphant in its battle for clean air 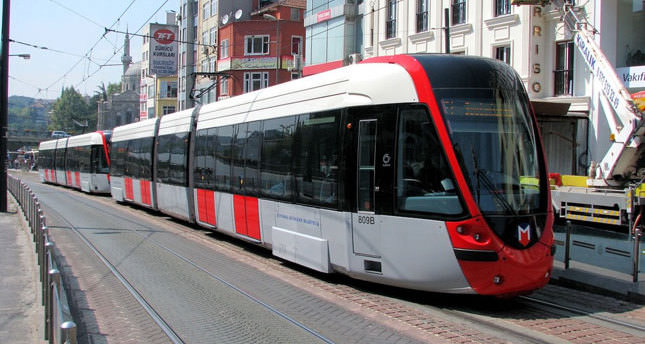 "Don't Let Your Kids Go Outside;" "Mass Death Danger in Istanbul;" "Living in Istanbul Decreases Lifetime by Four Years." These were just some of the shocking headlines in 1990s Turkish newspapers referring to the then-high pollution in the country's megacity, Istanbul. The air quality in Istanbul now is quite different compared to those years, a startling improvement weather experts have largely credited to the city's adoption of natural gas in 1992.

Prior to this, people burned coal to heat their homes, resulting in significant air pollution. Now, as autumn and winter approach, some environmental experts are warning that a resurgence in coal use due to high natural gas prices could pose problems for Istanbul's air - especially for the elderly and vulnerable. "Compared to the 1990s, the air quality [now] is better due to natural gas usage and the decrease in car emissions," said Alper Ünal, an associate professor for the Eurasia Institute of Earth Sciences in Istanbul. Ünal says Istanbul and the Aegean coastal city of İzmir now have the cleanest air in Turkey. Things were not always this way. According to a report issued by the Istanbul Metropolitan Municipality in 2009, sulfur dioxide concentrations hit 219 micrograms/m3 in 1992, much higher than safety limits set by the Turkish Ministry of Environment and Forestry, the European Union and the World Health Organization. After 1997, there was a sharp decrease in sulfur dioxide values.

The Istanbul Metropolitan Municipality claims that "since 2004, the concentrations have decreased to a required level; the annual limit value of 20 micrograms/m3 [set out in the] European Union Frameworks has never been exceeded."

Together with gas usage, the municipality made huge efforts to make public transportation use renewable and efficient energy systems. In 1998, environmentally friendly buses started running in the city and the first section of the citywide Metrobus network between Avcılar and Topkapı opened in 2007. "The Metrobus has decreased pollution significantly. As one Metrobus carries around 100 people, it prevents the use of around 50 different cars. It means less emissions," Ünal says. That air quality has improved at all is an achievement.

The city's population has more than doubled, increasing from 6 million to 15 million within 25 years. The Bosporus Strait, which connects the Black Sea with the Sea of Marmara, is another important factor responsible for the city's cleaner air. "There is natural air purification in Istanbul as the city has the Bosporus Strait. The strait sweeps the pollution and transports it southwards through the north winds," Ünal says. Having the strait is also a reason why air pollution levels in some districts close to the Bosporus are lower compared to other districts of the city.

"For example, the air in Sarıyer is very clean as it is close to the Bosporus, but the air in Kartal is unclean as it contains many pollutant sources," he added. The scientist also claims another reason for Istanbul's cleaner air is that its wealthier population can use newer cars, which emit lower exhaust emissions. Nearly 4 million vehicles are registered in Istanbul and many more new vehicles are joining the fleet each day, according to the Turkish Statistical Institute. However, air pollution still threatens some poorer districts, especially in winter. "Some low-income families in certain districts still heat their homes by burning coal as they cannot afford to pay natural gas bills," says Orhan Sen, a professor at the Meteorological Engineering Department of Istanbul Technical University. "I think any decrease in the price of natural gas will be an important step for the government to clean the air," he adds.

Skyscrapers built in recent years are also preventing the flow of the north winds, which clean the air. "The skyscrapers in the Levent district are important examples of this," said Sen.

Although the city will always be at the mercy of natural phenomena "you can prevent human-driven pollutants by taking certain measures. People should use public transportation lines instead of using their personal automobiles [and] try not to go to places where traffic congestion is known to be high," said Ünal. Sen also added, "The pollution increases especially in the winter. Old and vulnerable people should try not to go out during the rush hour in the morning and the evening, which have the worst air at that time."

Changing times have been reflected in changing headlines. In 2009, Hürriyet ran a story headlined "Istanbul's air cleaner than Paris'" while in 2010, Zaman wrote that "the cleanest air is in Istanbul." And last year, Sabah ran the most optimistic headline yet: "According to Ministry of Environment, air in Istanbul is clean." The coming winter will see if Istanbulites continue to enjoy this environmental transformation.
Last Update: Sep 23, 2014 1:55 am
RELATED TOPICS