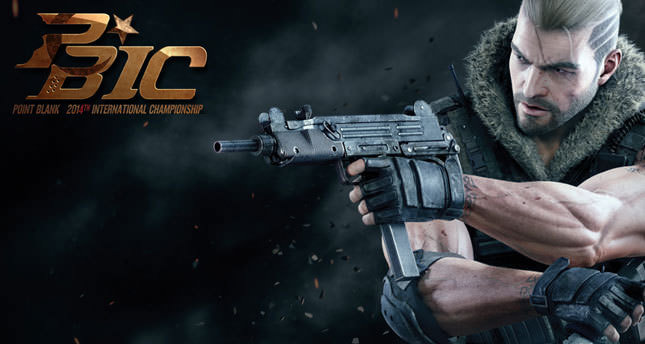 by Daily Sabah Sep 24, 2014 12:00 am
Point Blank International Championship (PBIC) will gather e-game junkies for the first time in Istanbul from Sept. 27 to 28. The e-game competition is known as the only FPS (first person shooter) international championship tournament across the world. Among the participating countries, Turkey will compete with two teams.

The forthcoming event now turns heads toward e-game industry in Turkey. Founded in 2010 with Korean investments, Nfinity Games is the only game publisher that aims to develop Turkey in electronic sports. The company's first game "Point Blank MMOFPS" (Massively Multiplayer Online First Person Shooter) is the leading online game in the country and also national and international tournaments. This year, the company folded its shares in e-game industry with a new massively multiplayer online social game (MMOSG) "Freestyle Football."

The company recently announced Turkey's e-game industry rates according to the information by global market research company Newzoo. There are 30.3 million active internet users aged 16 to 50 in Turkey. Among them, there are 22.5 million active gamers.