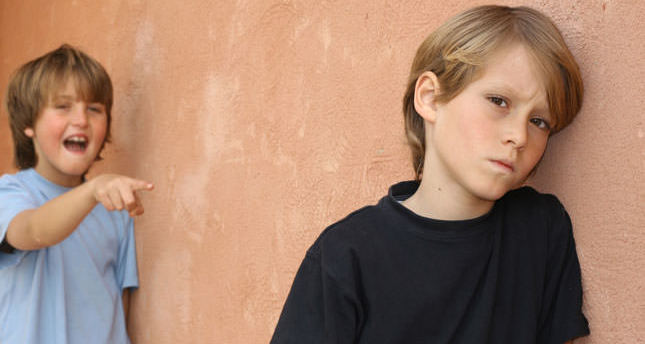 Bullying is a serious issue that can affect any child. Whether it is verbal, social or physical bullying, can have detrimental effects on both the perpetrator and the victim

Many children dread the start of the school year, not because of the exams or the studying, but because they know what it is like to be bullied and its effects on them. Unfortunately, bullying has become an increasingly pressing issue lately. We often hear of children being depressed, hurting themselves and in some instances, even committing suicide.

Bullying is unwanted, aggressive behavior that can occur at any age, but is often associated with school-aged children, and it involves a real or perceived power imbalance between two or more individuals. The behavior is repeated or has the potential to be repeated over time. Bullying includes actions such as purposefully excluding someone from a group, spreading rumors, making threats or attacking someone verbally or physically. Bullying behavior often happen more than once or have the potential to happen more than once. Children who are bullied and those who bully others may both have serious lasting problems. Therefore, taking steps to prevent bullying is very important, especially for children and teenagers.

There are many roles that children can play in bullying. They can bully others, be bullied or witness bullying and may or may not stand up or speak out against bullies. When children are involved in bullying, they often play more than one role. It is important to understand the multiple roles they play in order to effectively prevent and respond to bullying.

Children who bully use their power, such as physical strength, access to embarrassing information or popularity to control or harm others. Power imbalances can change over time and in different situations, even if it involves the same people. For example, physical bullying increases in elementary school, peaks in middle school and declines in high school. Verbal abuse and hurtful jokes, on the other hand, remain constant.

There are three types of bullying. The first is verbal bullying, which includes saying or writing mean things that may or may not be untruthful or embellished. Verbal bullying includes teasing, name-calling, inappropriate sexual comments and threatening to cause harm. The second kind is social bullying, sometimes referred to as relational bullying. It involves hurting someone's reputation or relationships. Social bullying includes telling other children not to be friends with someone, spreading rumors about someone and embarrassing someone in public. The third kind, which is often the most widely known, is physical bullying. It involves hurting a person's body or possessions. Physical bullying includes hitting, kicking, spitting, taking or breaking someone's possessions and making mean or rude hand gestures.

Bullying can occur anywhere and anytime during or after school hours. Bullying mostly happens in the school building, but a significant percentage also happens in places like the playground or bus. It can also happen when traveling to or from school, in the child's neighborhood or on the Internet, which is known as cyberbullying.

Bullying is linked to many negative outcomes including impacts on mental health, substance use and suicide. Children are sometimes afraid of telling the truth about what is happening at school or even threatened with harm if they do tell. Thus, it is important to talk to your children to determine whether bullying is a concern, either among them or their peers.

Children who are bullied can experience negative physical, academic and mental health issues. They are more likely to experience depression and anxiety, increased feelings of sadness and loneliness, changes in sleep and eating patterns and loss of interest in activities they used to enjoy. These issues may also persist into adulthood.

Children who bully others can also engage in violent and other risky behaviors into adulthood. They are more likely to abuse alcohol and other drugs in adolescence and as adults, get into fights, vandalize property, drop out of school and engage in early sexual activity. Bullying may also be an outlet for them to express emotional issues or psychological trauma. Therefore, they may also have problems that are not being adequately addressed either in school or at home. If you are worried about your children or their peers, visit your children's school, make an appointment with their principal or simply talk to their school counselor on the phone. You can help prevent bullying and it is important to lobby for school officials to effectively address bullying as it often affects many children.

With the advent of fast paced technological evolution, cyberbullying, which is the use of electronic technology to bully, is now widespread, especially among youth. Examples of cyberbullying include mean text messages or emails, rumors sent by email or posted on social networking sites, embarrassing pictures or videos being distributed or websites or fake profiles being created. Cyberbullying may be a fairly new development but it is a serious concern and may be happening to your children. Children who are being cyberbullied are often bullied in person as well. Cyberbullying can happen 24 hours a day, seven days a week, and reach a child even when he or she is alone at home sitting in his or her room.

Mobile phones, social media websites and computers are not to blame for cyberbullying. Social media can be used for positive activities like connecting children with friends and family, helping students with school and for entertainment. But these tools can also be used to hurt others. With today's online social networking environment, cyberbullying messages and images can be posted anonymously and distributed quickly to a very wide audience. Permanently deleting inappropriate or harassing messages, texts and pictures is extremely difficult after they have been posted or sent. Whether done in person or through technology, the effects of bullying are similar.

How to prevent cyberbullying

Parents and children can prevent cyberbullying. Together, they can explore safe ways to use technology. Talk with your children about cyberbullying and other online issues regularly. Know the sites your children visit and their online activities. Ask where they are going online, what they are doing and with whom they are doing it. Educate them about the kinds of content that are appropriate to post and send and about the dangers and risks involved with sending potentially damaging or inappropriate content. Tell them that as a responsible parent you may review their online communication if you think there is reason for concern. Installing parental control filtering software or monitoring programs are one option for monitoring your child's online behavior as well, but do not rely solely on these tools. Communicate regularly with your children and provide an open and trusting environment for them to be able to talk with you. Encourage your children to tell you immediately if they or someone they know is being cyberbullied. Explain that you will not take away their computers or cell phones if they confide in you about a problem they are having. And while you should reasonably respect their independence and freedom given their specific age, you should still have a sense of what they do online and in texts. Learn about the sites they like, try out the devices they use and ask to "friend" or "follow" your children on social media sites or ask another trusted adult to do so..

Moreover, some schools have developed policies on the uses of technology that may affect the child's online behavior in and out of the classroom. Ask the school if they have developed a policy.

Simply put, educate your children. As a parent, friend or family member, you have the ability to prevent bullying. Even if your child isn't the one being bullied, someone else may be.