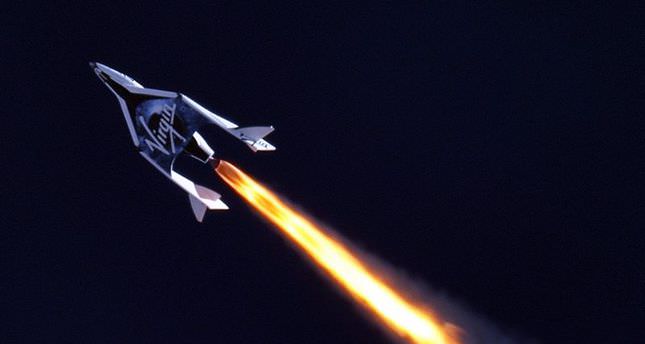 With rapidly advancing technology, private companies are showing a growing interest in the space tourism industry, which is seen as the latest, most promising and exciting prospect. Although opportunities for orbital space tourism are currently limited, some visionary entrepreneurs are taking closer steps to sending tourists on brief trips into suborbital space. The British commercial spaceflight company, Virgin Galactic, is conducting studies to charter the first-ever commercial spaceflight. During an interview with a private TV channel last month, Virgin Group CEO Richard Branson announced that the first commercial flight from its SpaceShipTwo suborbital vehicle is scheduled for "February or March of next year." The test flights will continue until March.

Other scientific and commercial attempts appear to be extending humanity's presence in space in the future. Charles Elachi, the Director of NASA's Jet Propulsion Laboratory (JPL) and the Vice President of California Institute of Technology, spoke to a Sabah daily correspondent and said that trips to space will cost around $200,000 for a week. "NASA is working on designing a five-star space hotel in which tourists can stay for a week. Private companies will render accommodation services, while NASA will give technological support. There are forward-looking companies willing to operate space hotels," he said. Aside from arranging short trips, space hotels will be designed to offer two or three-week holidays. "The space tourism industry benefits from NASA technologies," continued the Lebanese space explorer who previously headed the mission to Mars. Current space tourism technologies are being examined by private initiatives to determine whether future space hotels will be profitable.

Space hotels will be reminiscent of either capsules or inflatable rooms where tourists can spend time and explore the world as well as the universe from there. "NASA will be responsible for designing technology including capsules and rockets," Elachi added. Large-scale scientific studies have been conducted on space tourism over the past 10 years. There is currently one space company that is actively engaged in this field, yet many others are eager to make a profit from the space tourism industry such as the California-based private spaceflight development firm, XCOR Aerospace.

NASA, the world's leading aerospace research center, employs almost 5,000 people, dozens of whom are Turkish as well as many who are young scientists between the ages of 20 and 30. Elachi said that the studies for a manned mission to Mars are making progress, and the scientists are exerting great efforts to send a rocket to Mars. "We encountered many obstacles and failed many times. Everyone said it was impossible. You know, it was like hitting a golf ball from the U.S. to Turkey. It was really fearsome. We failed, but then came up with new ideas. Everything was blank for us at first, but we never gave up," Elachi said. ISTANBUL / DAILY SABAH