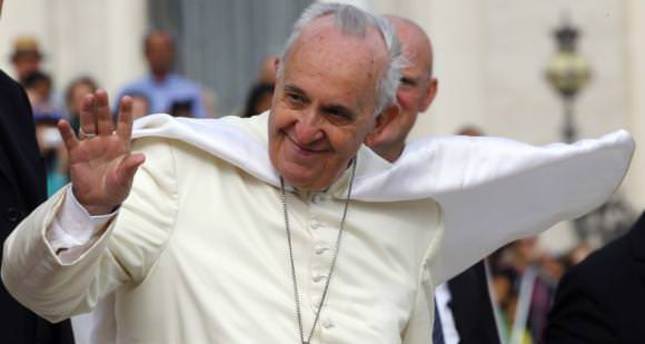 by Oct 29, 2014 12:00 am
Scientific theories including the "Big Bang" believed to have brought the universe into being 13.7 billion years ago and the idea that life developed through a process of evolution do not conflict with Catholic teaching, Pope Francis said on Tuesday.

Addressing a meeting of the Pontificial Academy of Sciences, an independent body housed in the Vatican and financed largely by the Holy See, Francis said scientific explanations for the world did not exclude the role of God in creation.

"The beginning of the world is not the work of chaos that owes its origin to something else, but it derives directly from a supreme principle that creates out of love," he said.

"The 'Big Bang', that today is considered to be the origin of the world, does not contradict the creative intervention of God, on the contrary it requires it," he said.

"Evolution in nature is not in contrast with the notion of (divine) creation because evolution requires the creation of the beings that evolve," the pope said.

The Church once opposed early scientific explanations of the universe that contradicted the account of creation in the Bible, famously condemning the 17th century astronomer Galileo Galilei who showed that the earth revolved around the sun.

However, more recently it has sought to shed its image as an enemy of science and the pope's comments largely echoed statements from his predecessors.

Pope Pius XII described evolution as a valid scientific approach to the development of humans in 1950 and Pope John Paul reiterated that in 1996.

In 2011, the former Pope Benedict said scientific theories on the origin and development of the universe and humans, while not in conflict with faith, left many questions unanswered.