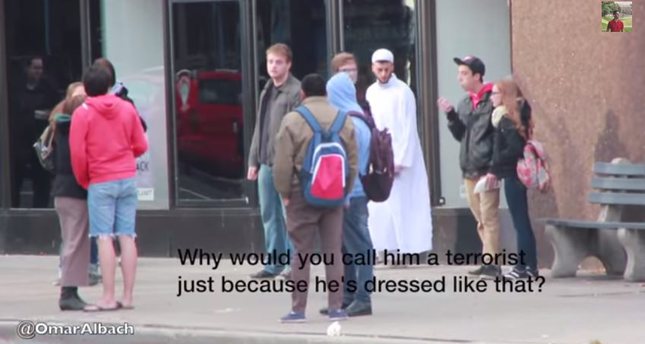 by Daily Sabah Oct 31, 2014 12:00 am
A social experiment by three young Canadians to measure how Canadians would react to Islamophobia and racism has produced a powerful video which has quickly become a hit in social media circles.

The experiment was conducted a week after attacks, believed to be carried out by extremists, occurred against a Canadian soldier and Canadian Parliament in Ottawa.

The video shows that most people reacted negatively to the insulting attitude shown towards a man who appears to be a Muslim, even extending to a punch in the face in one case. The video was shot in Hamilton, Ontario.