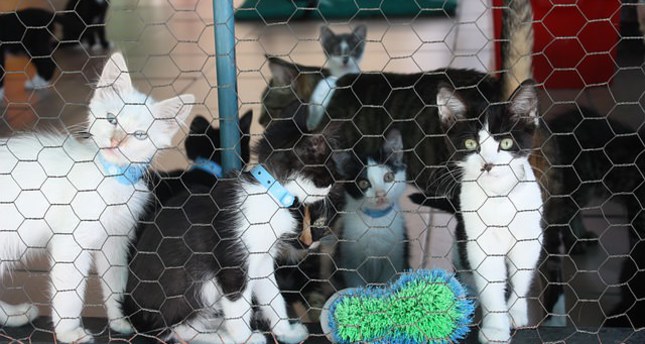 Hundreds of thousands of Swiss eat cats and dogs, according to an animal rights group that has demanded the government make it illegal for man to bite dog and cats.

The activists handed members of Swiss parliament a petition last week demanding they outlaw the eating of pets - a tall order in a country where cat still appears on traditional Christmas menus in some areas.

"Around three percent of the Swiss secretly eat cat or dog," Tomi Tomek, founder and president of animal protection group SOS Chats Noiraigue, told AFP. "We especially see it in the regions of Lucerne, Appenzell, Jura and in the canton of Bern."

Dog meat goes mostly into making sausages and a fatty remedy for rheumatism, Tomek said. Cats get cooked for Christmas in the same style as rabbit - with white wine and garlic - especially around Bern and in the Jura and Lucerne.

The Swiss are also among the world's biggest consumers of horsemeat.

It is impossible to say how many dogs and cats end up in Swiss cooking pots every year, according to the activists.

"A political leader told us parliament won't do anything unless people revolt," Tomek said. "The Swiss need to take care of this themselves."

"Presently, we can't do anything because the law does not forbid people from eating their dog or cat, we can't even turn in those who engage in this practice," she said.

Her group, which gathered a 16,000-name petition to outlaw the eating of pets, forced a ban on the sales of cat fur in 2013.


Notable signers of the petition include French actress Brigitte Bardot, who has dedicated her life to fighting for animal rights.

"We are asking simply for a paragraph in the law on protecting domestic animals," Tomek said.