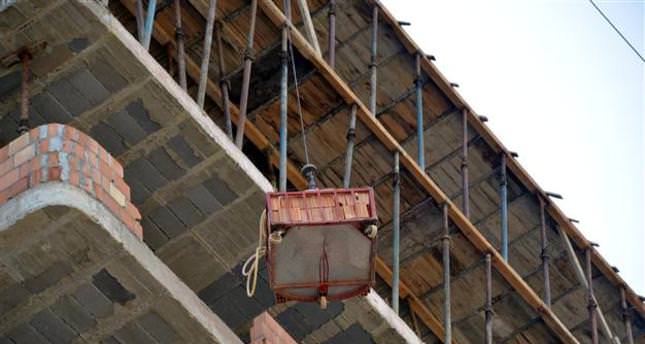 by AA Dec 03, 2014 12:00 am
The number of foreigners who have Turkish work permits has reached 45,850, an increase of 42 percent, according to International Migration Policies and Data of Paris based Organization for Economic Co-operation and Development (OECD).

The data revealed that the number of immigrants and refugees coming to Turkey increased while a decline in the number of Turkish citizens moving abroad to work last year is notable.

According to the report, there are 267,300 foreigners who have been issued with residency permits in Turkey since 2012, mostly granted on the grounds of reuniting families. The number of foreigners given work permits has increased in recent years. The Ministry of Internal Affairs gave 32,250 work permits to foreigners living in Turkey in 2012, but by 2013, the number of foreigners with work permits increased 42 percent, reaching 45,850. In comparison, 53,800 Turkish workers left to work abroad in 2011. While this number reached 67,000 in 2012, it declined to 55,400 in 2013.

The report reveals that the Middle East is the first destination choice for Turkish workers, followed by Russia, with Iraq offering more jobs to Turkish citizens.

It is reported that the number of illegal refugees increased in Turkey. There were 32,700 illegal refugees in Turkey in 2010, 42,800 in 2011, and 47,500 in 2012. The illegal immigrants come mostly from Georgia, followed by Russian and Ukrainian citizens.

It is also noted that Turkey is an important transit country for refugees who apply for refugee status in European countries. It is revealed that over 500,000 Syrians entered in Turkey between 2011 and 2013.