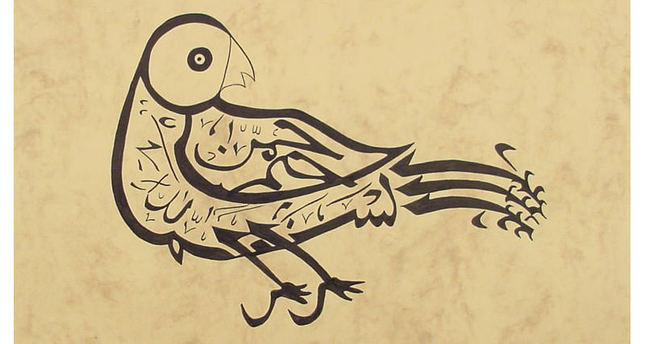 Acquire a skill and embark on an artistic adventure this winter in Istanbul where number of workshops and courses are offered throughout the city on Ottoman arts, Turkish musical instruments and decorative arts

Turkey's rich history and culture are witness to an enormous artistic variety that has thrived in this region. This winter, try your hand at one of the many courses on offer throughout the city, and acquire a new skill while gaining insight into Turkey's history and Ottoman traditions.This winter could be the perfect time to take on a new hobby of the Turkish kind. Ebru, or the art of Turkish marbling, is an ancient traditional art form that involves painting on water and then transferring the painting onto paper. Traditionally, this patterned paper is a form of Ottoman art, together with illumination (Tezhip), calligraphy (hat) and bookbinding (cilt). Why not have a go at this art form which is a good one for beginners to try, and even walk away with a handful of self-produced one-of a kind pieces made in just one day.

Les Arts Turcs, is an art gallery and studio that was founded nearly 15 years ago by a collection of painters, photographers, artists, singers, journalists, professional guides and entrepreneurs in Sultanahmet, located behind the underground water cisterns. They now occupy a second premises near Topkapı Palace and offer classes in a number of Turkish artistic techniques such as ebru and calligraphy, as well as felt-making and even henna tattoo design. They have appeared in many travel guides and are popular among travelers and expats alike for their series of concise workshops on Turkish artistic traditions. Their two-hour ebru course can also be offered in English.

Month-long ebru courses at various levels are also offered by the Turkish Cultural Service Foundation at the Caferağa Madrasah, and Beşiktaş Sanat Merkezi offers a beginners and advanced course held for two hours a week. Turkish miniature painting was perhaps the most prominent art form in the Ottoman Empire, and involved a team of artists creating detailed painted pictures to illustrate manuscripts or to stand as art pieces on their own. To learn how to create this traditional art form yourself, take a course offered by the Turkish Cultural Service Foundation (TKHV) at the historical Caferağa Madrasah, which was built in 1559 by Mimar Sinan during the reign of Sultan Süleyman the Magnificent. Located next to Hagia Sophia, it has since become a tourist center with classrooms, exhibition rooms and a courtyard garden where traditional Turkish handicrafts such as ebru, calligraphy, ceramics, jewelry, music and even Ottoman courses are taught. They offer monthly miniature courses at all levels as well as courses on Tezhip, the Ottoman art of decorating illustrations and artwork with gold. You could also take a private course from a master of miniature at Taner Alakuş's Miniature Workshop, located near Kariye Museum in Edirnekapı. Beşiktaş Sanat Merkezi (BSM) offers two courses at their location, one for adults and one for children aged 6-15.

Ergüvan Sanat Evi, which is located in Kadıköy's Caferağa neighborhood also offers workshops on tezhip and miniature illustrations once a week, in addition to workshops on jewelry design and music lessons on the ney, ud and kemençe. Kabine Nadire, a hip art space also located in Kadıköy's Moda neighborhood, has a range of workshops on offer from felt-making to tile painting, ceramics to book binding. Beşiktaş Sanat Merkezi (BSM) also has a long list of Turkish arts courses on offer such as calligraphy, ebru, miniatures and as well as weekly lessons on Turkish instruments such as the ud, ney and bağlama.

For longer term music lessons in Turkish instruments such as the kemençe, kabak kemane, kanun and darbuka in addition to the ney, ud and bağlama, the Istanbul Metropolitan Municipality Art and Vocational Training Courses (İSMEK) has a wide variety of courses running at the well-over 100 centers throughout the city. İSMEK also offers intensive courses on a variety of Turkish arts including Ottoman bibliographic arts, such as tezhip, calligraphy and illuminated manuscripts, as well as a wide variety of other crafts including embroidery, crochet, knitting and carpet weaving. They offer the most comprehensive range of Turkish arts in branches located throughout the city. The Halk Eğitim Nakış Merkezi in Güngören also teaches embroidery and Turkish Oya. Gümüş İğne, a sewing studio situated near Altıyol in Kadıköy runs courses on Turkish embroidery as well as Ottoman Palatial embroidery.