Adriana Lima denies rumors of having an affair with Turkish producer 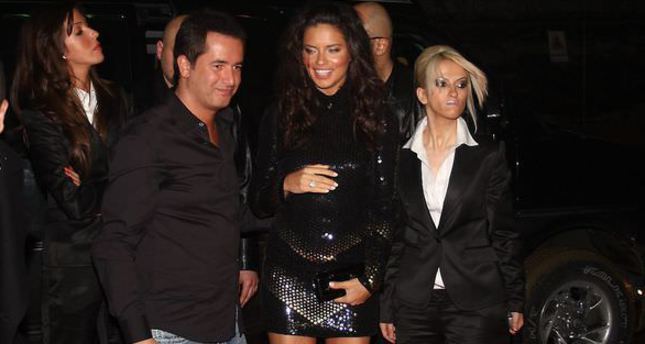 by Daily Sabah Dec 07, 2014 12:00 am
The Brazilian top model Adriana Lima has denied allegations that she has been having an affair with the Turkish television personality Acun Ilıcalı, a rumor that has been shaking the Turkish media since the last week.

The top model made the comment to a reporter from the Hürriyet Daily newspaper, who interviewed her backstage before she walked the runaway at the 2014 Victoria's Secret Fashion Show in London.

Asked if the allegations that she and the Turkish producer are having an affair are true, Adriana Lima said: "I will answer this question once and for all. I am not with Acun (Ilıcalı)."

"We have never dated, were never together. The rumors that we are going to get married are a big lie. Acun is only my friend."

Turkish media outlets had claimed that the 45-year old television producer Ilıcalı is trying to arrange a secret divorce protocol with his wife and will then marry Adriana Lima.

Ilıcalı, who has not commented on the rumors, is known to be an admirer of the top model and has hosted her many times on his television shows in Turkey.

The Turkish reporter has also asked Lima about her impression of Turkey. The Brazilian top model said: "I love Turkey. I feel great whenever I come to Istanbul."