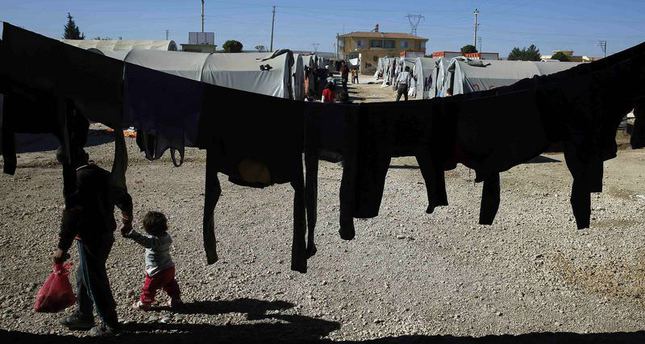 The Syrian conflict has created the largest number of refugees in recent history.

One of those, whose life has been torn apart by the civil war, is Behçet Mustafa, who was a French teacher in Damascus. After the war, he and his family took shelter in Turkey, in the southeastern city of Mardin where he is currently working as a construction worker on various sites.

"I am working in order to provide for my family, without being dependent on anyone," Mustafa told a reporter from the Turkish press agency AA, expressing his wish to become a Turkish citizen as soon as possible.

Mustafa, 50, was a French teacher in Syria's Haseki district before the war. He left his country one and a half years ago with his wife and two children. Since he could not find a job in Turkey similar to his old teaching job, he started working on construction sites.

"Refugees in Turkey are leading a more comfortable life than those who moved to other countries," Mustafa said.

"I know that my acquaintances who went to Jordan, Iraq, and Lebanon are desolate," he continued, emphasizing that the refugees camps they are staying at are "wretched."

"Those countries, Jordan, Lebanon and Iraq, do not have much tolerance for refugees," Mustafa continued.

Despite being satisfied with his life in Turkey, Mustafa hopes that he will go back to his country at some point and go back to his old job, where he can start teaching again.