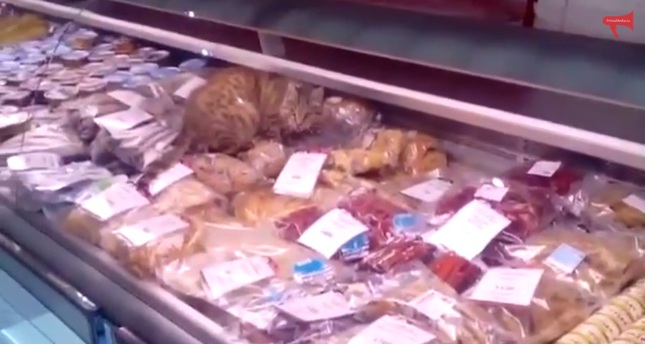 by Daily Sabah with Agencies Dec 13, 2014 12:00 am
The video of a ginger cat which had sneaked into a fish shop in Russia's Vladivostok Airport became an internet phenomenon.

According to BBC Turkish's article, the video was shot by the airport staff and was released in PrimaMedia.ru news website.

The video shows that the ginger culprit tearing down packages of seafood including squid and dried fish.

The owner of the shop, Irina Kuzmina, reportedly stated that the cat sneaked inside the counter through an open window.

Kuzmina said the shop employees cannot work due to the over-interest of the cat's "fans" asking about its fate.

The airport staff stated that the cat was frequently seen in and around the terminal building.