The hole on top of the world 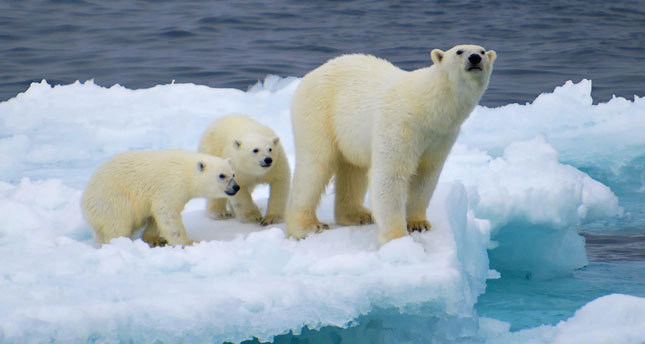 The depleting ozone layer is one of the most serious environmental problems of today. Even as the world takes measures to reduce the depletion as well as stimulate its regeneration, states should take more responsibility in order to protect the environment

Along with water, the sun is a boundless life source. Without the sun and its benefits, it is impossible to maintain life on this planet. However, like most things, it has several side effects. One of them is the ultraviolet (UV) radiation effect of sunlight which has an impact on us and the wider world. Some claim that small amounts of UV light could be beneficial, especially as the sun is the source of vitamin D. This may be true, but we also need to consider the long-term effects on the human body. Sunlight can cause acute and chronic health problems in the skin, eye and immune system. Sunburn (erythema) is the best-known acute effect of excessive UV radiation exposure. Over the long term, UV radiation induces degenerative changes in the cells of the skin, fibrous tissue and blood vessels, leading to premature skin aging. Another long-term effect is the inflammatory reaction of the eye. In the most serious cases, skin cancer and cataracts can occur. It is good to be aware of these side effects, and it is important to know how to protect ourselves from them. However, I can assure you, that without the Ozone layer, it is impossible to protect ourselves, yet humans continue to destroy its protective shield.

For nearly 4 billion years, ozone molecules in the atmosphere have protected life on Earth from the effects of ultraviolet rays. Naturally occurring ozone gas sits 15 to 30 kilometers above earth and serves as a shield from the harmful ultraviolet radiation emitted by the sun.

Scientific evidence indicates that the stratospheric ozone is being destroyed by a group of manufactured chemicals, containing chlorine and/or bromine. These chemicals are called "ozone-depleting substances" (ODS). Human activity is the main source of these harmful gasses.

Actually, ODS are very stable, nontoxic and environmentally safe in the lower atmosphere, which is why they became so popular in the first place. However, their stability allows them to float up, intact, into the stratosphere. Once they reach the higher atmosphere, they are broken apart by intense ultraviolet light, and as a result, release chlorine and bromine. Ozone is seriously deteriorated by chlorine and bromine, which strips an atom from the ozone molecule. A single molecule of chlorine can break apart thousands of molecules of ozone. And that is how the depletion of the Ozone layer begins. Moreover, ODS have a long lifespan in the atmosphere - up to several centuries. This means that most of the ODS we have released over the last 80 years is still making its own destructive way into the stratosphere, where it will add to the destruction of the ozone.

The main Ozone-Depleting substances are: Chlorofluorocarbons (CFCs); Halons; Methyl Chloroform; Carbon Tetrachloride and Hydrofluorocarbons (HCFCs). CFC'S, the most widely used ODS, accounts for over 80% of total stratospheric ozone depletion. CFC'S were used as coolants in refrigerators, freezers and air conditioners in buildings and cars manufactured before 1995. Another type of DOS's is also found in industrial solvents, dry-cleaning agents and hospital sterilants. Halons on the other hand are used in some fire extinguishers, in cases where materials and equipment would be destroyed by water or other fire-extinguishing chemicals. Other DOS's also have the same usage areas with the same effects.

In order to decrease the amount of DOC's, and to protect the ozone layer, the international community established the Montreal Protocol on substances that deplete the ozone layer in 1987.

By 2010, the EU had significantly reduced its consumption of HCFCs, 10 years ahead of its obligation under the Montreal Protocol. Furthermore, the EU has put in place controls on uses of ozone-depleting substances that are not considered as consumption under the Montreal Protocol, such as the use of ODS as a feedstock in the chemical industry. The EU has also gone beyond the requirements of the Protocol in banning the use of the toxic chemical methyl bromide for any kind of fumigation. The EU legislation has not only been very effective in controlling ozone-depleting substances, but has also acted as a driver for the development of innovative technologies. These include alternatives to methyl bromide, new blowing agents for insulation foam, CFC-free metered dose inhalers for the treatment of asthma, and the creation of innovative non-halon fire-fighting systems, for example on ships and airplanes.*

But according to the European Union Climate Action, these precautions are not enough to protect the ozone layer. Adding to what has already been done, worldwide usage of DOS should continue to reduce, climate-friendly alternatives can be found and used, already existed DOS's should be recovered, and the prevention of an illegal DOS market may be called for. All of this means that we should be extra careful not to ruin more than we already have.