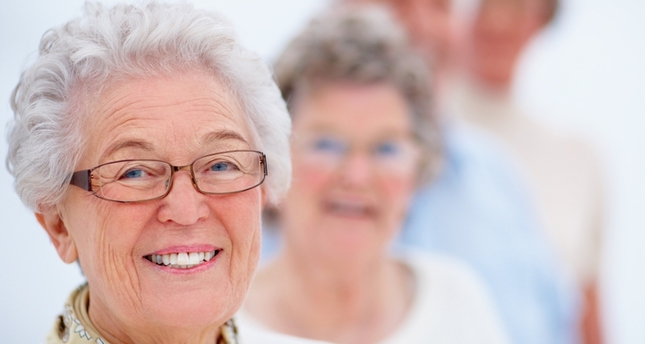 by Leyla Yvonne Ergil Dec 25, 2014 12:00 am
It is that time of year again when along with enjoying the comfort of friends, family, feasts and celebrations, it is also the start of a new year and the end to yet another.

The holiday season can be a time of contemplation, especially for expats who are far from family and their own cultural traditions. Christmas in particular can arouse feelings of homesickness and longing for the familiar trimmings. With the onset of the New Year, it can also be a time of thinking about the future.

Many expats like me move to Turkey and especially Istanbul for the thrill of the city and the exciting lifestyle this magnificent metropolis offers without paying much attention to the future. There is also another group of expats who move to Turkey, and especially to popular tourist destinations along the coast, most notably Bodrum, Fethiye and Antalya, in order to grow old here - a country where there is sunshine and comparatively affordable housing options.

I personally fall into both categories, having moved here initially as a new, exciting adventure, but now having made this country home with no thought of leaving. In either case, it is undoubtedly up to each individual to weigh the pros and cons of moving to Turkey, settling and eventually growing old here. However, having recently joined the club of those who have lost a parent - in my case, in Istanbul - I recently witnessed the wonderful benefits that were put in place by the government to benefit the elderly and those caring for them, and felt it was high time to share the knowledge I acquired.

The new insurance requirements for residence permits, which were implemented in April of this year, resulted in a number of expats being concerned for their future and even considering moving back to their country of origin. However, just a few months later, the policy for compulsory health insurance for foreigners over the age of 65 was reversed, allowing the option of purchasing health care in Turkey or not. For those who do not meet the age requirement, the state health provider SGK offers a policy at approximately TL 270 ($117) per month, which includes all of the benefits Turks receive with general health insurance such as free access to all state hospitals and discounted services at many private ones.

Retirement homes or nursing homes are not as prevalent in Turkey as they are in the U.S. Yes, they do exist and are increasing, especially with in-house medical care. For the most part in Turkey, however, the elderly are taken care of by family, friends and neighbors; as a result, the state has a number of systems in place to assist the elderly in their times of need.

In Istanbul for example, municipalities will send out nurses to homes to assist in administering intravenous medicine or other needs as long as you call to make an appointment a few days beforehand. In addition, many municipalities also have their own ambulances or other support vehicles to transport the elderly or ill to hospitals and dialysis centers all free of charge, but also require advance notice. For this service, you don't necessarily need to have insurance or even be Turkish, you just need to viably necessitate assistance, which they only verify upon arrival. It is a system based on trust and care for the elderly, which Turkish culture has the ultimate respect for.

In my village in the province of Çanakkale, fellow villagers come together to help transport the elderly to the hospital, weekly markets or to organize and chop their wood for the winter. There is also the unspoken understanding that village neighbors will always pass by an elderly person's home to make sure all of their needs are being cared for, whether it be repairs to the home or gifting vegetables, milk, eggs and cheese. The government also helps villagers in need by providing sustenance packages and even coal.

When someone dies, Turkish municipalities no longer require prior notice; they simply step in and orchestrate the procedures with finesse and profound respect for the bereaved. Funerals happen fast in Turkey where the deceased is usually buried within a couple of days. In such a case, the Istanbul municipality in particular and possibly many others, offer a private bus service for the deceased's loved ones should the burial site be located in a different province. Up to 35 passengers are allowed to board a special bus with an air-conditioned compartment for the coffin to take family and friends to the deceased's home province.

Although Turkey is a Muslim country it is extremely accommodating for residents of varying religious beliefs. Not only are there a number of cemeteries designated for various religions - there are a whopping 65 cemeteries for non-Muslims in Istanbul alone, including Greek, Armenian, Gregorian, Orthodox, Catholic, Assyrian and Jewish ones - but there are also a wide number of Muslim cemeteries that will accept burials non-Muslims. I have now been to three funerals for foreigners, two in Bodrum and one in Istanbul, and in each case, the burial sites where foreigners were buried were the most beautiful, in that they were in areas less densely-occupied areas and more surrounded by nature as a result.

Although Muslim Turks have a specific set of ceremonial traditions and practices when it comes to burying those who have died, they are also extremely accommodating to the particular needs of foreigners. For example, although being buried in a coffin is not the norm here as Turks are usually buried in shroud, it is very possible to request a burial in a coffin or even one covered with their own nation's flag as was the case for a beloved Irish friend in Bodrum.

When a funeral takes place, Turkish males will band together to carry the coffin or to shovel dirt into a gravesite regardless of how close they were or if they even knew the deceased. It is simply a ritual of helping that Turks embark on whenever they see a situation requiring help and/or muscular strength. Turks may be known by foreigners for their hospitality, but this is in fact just a part of their caring culture. For me, Turkey has become a fair and foul-weather friend but in the best possible way in the sense that they are there for you in times of pleasure and pain. They love to come to the rescue or to just share company in general, which makes me feel safe and cared for, and makes this country the ideal place to grow old.