Most discussed TV series of 2014 announced 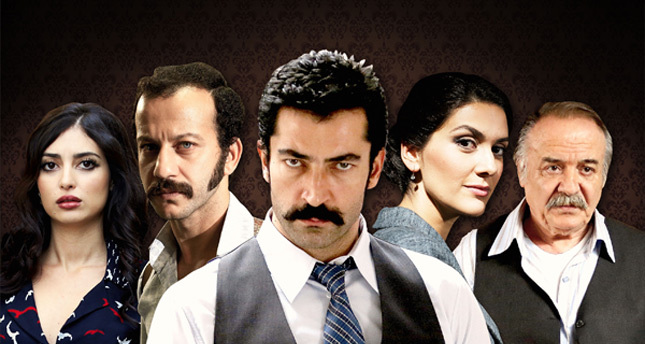 by Daily Sabah Dec 27, 2014 12:00 am
According to the Media Monitoring Center, the TV series "Muhteşem Yüzyıl" (the Magnificent Century) ranked first among the most-discussed Turkish TV series in 2014. The drama sparked hot debates for its characters, subject and the interpretation of the historical incidents. Throughout the same year 39,621 news articles were published about the Magnificent Century that broke rating records with its actors, especially Meryem Uzerli starring the wife of Ottoman Sultan Süleyman I. With 35,609 published news articles, the second most-discussed TV series is "Kurtlar Vadisi" (the Valley of Wolves) that has been on air for more than 10 years. The two top TV series are followed by another popular production "Medcezir" (Tide) starring young actors Serenay Sarıkaya and Çağatay Ulusoy with 18,158 published news articles. Adapted from Nermin Bezmen's best-seller book of the same title, "Kurt Seyit ve Şura" (Kurt Seyit and Şura) came fourth in the top five, although the historical drama could not attract the anticipated interest. A total of 17,707 news articles were published about Kurt Seyit and Şura whose actors Farah Zeynep Abdullah and Kıvanç Tatlıtuğ were frequently mentioned in media circles. Topping the rating charts, "Karadayı" fell to fifth in the list with 15,390 news articles. The ATV's popular production ranked third last year.