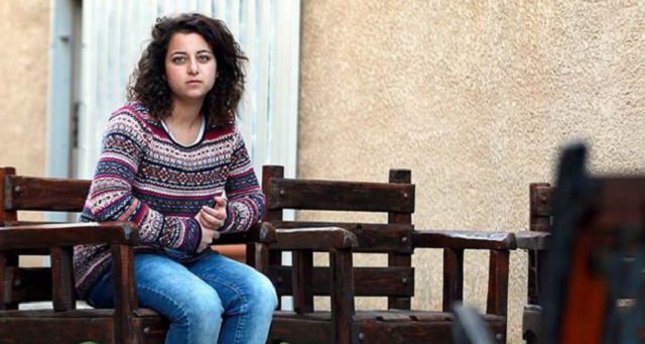 by AA Jan 05, 2015 12:00 am
Twitter phenomenon Farah Baker, who caused a stir on social media with her tweet "I might die tonight" during Israel's attacks on Gaza, has been named as one of the most influential individuals of 2014. Baker, who was listed among the "Leading Global Thinkers" by American-based magazine Foreign Policy, was able to reach thousands of people during Israel's 51-day attack on Gaza with her tweet: "This is on my area. I cannot stop crying. I might die tonight."

Sixteen-year-old Baker spoke Anadolu Agency about the tweet and how the situation has changed her life. Baker said that Israel bombed the avenue near Şifa Hospital where she was living on July 16, and she took the photo with her mobile phone and uploaded it to her twitter account. She stated that she was afraid, but kept on tweeting in order to show everybody the lives of the people in Gaza. During the attacks, Baker continued writing tweets in English, making her voice heard by thousands of people.

She said that being listed among the global thinkers of 2014 is "the victory of people who want to live in Gaza peacefully." "I am happy that my message was received. The list legitimatized my success," Baker said. "Israel tries to characterize Palestinian people as terrorists. All I wanted was to make people understand that we want to live, and Israel is trying to kill us. I sent dozens of tweets in tears. I thought that I could die at any second. I only wanted people to understand that we want to live like the rest of the world."

She said that she wished other countries would put pressure on the Israeli government to stop the attacks. "I did not share the bloody pictures or the number of people who were massacred. I only wanted to tell everybody in simple words that children were dying at the dinner table," she continued.

Baker said she dreams of the day when she can tweet "There is no war, no bombing. Children are asleep in peace." During the attacks on Gaza, which was launched by Israel on July 7, 2,145 people died, 11,100 people were injured, 500,000 Palestinian were displaced and 15,000 building including mosques and schools were damaged.