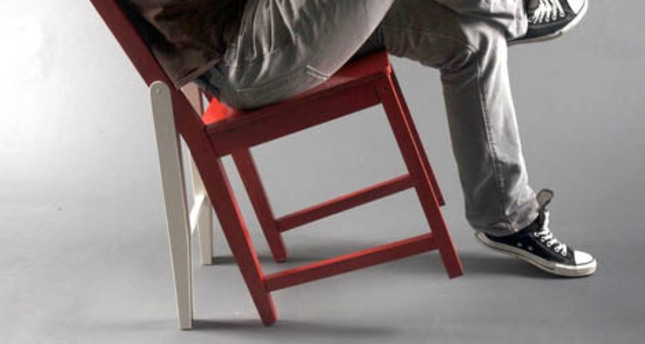 Sometimes living in a foreign land, and especially Turkey, can be like being in a parallel universe where what you think is the right thing to do may actually be wrong and what may offend you is actually meant with good intentions

Cultural divides make for a great story in many cases, sometimes being informed of the quirks that are norms to natives can help in the transition to life in Turkey.

Every country has its own forms of greeting one another. For example, Americans hug and at most sometimes give a peck on the cheek to a close friend or family member. However, Turkish friends and family in general greet one another by kissing on both cheeks, which can come with a certain learning curve for foreigners. First of all, for the most part, there is no gender divide for this trait, so a man could very well be given a peck on both cheeks by a fellow male and vice versa with women and among women. Yet, there is a fine art to this as well, which even after 10 years of living here, I have not yet been able to grasp fully. The unspoken rule is that you offer your right cheek first; yet, my instinct is to always veer to the right, leaving my left cheek at their disposal. Even though I know the rule, my reflexes have still not caught on and there is often awkward head bobbing and bumping noses, as I get a close-up of the look of horror on the said Turk I am about to exchange pecks with.

It is best to always try to shake hands with people you have just met; however, if someone of the opposite sex does not accept your extended hand and places their own over their heart, know that it is a sign of respect for the opposite gender and not intended to be rude. When greeting an elder, you should always kiss the top of their hand and then hold it up to your forehead. They may refuse, but it is still best to have at least made the attempt – just make sure they are truly old enough to deserve it.

It also took me a while to stop nodding my head up and down to say yes, as Turks simply nod downwards to elicit a yes response, and nod upwards with an added "tsk," a sound made from suction between the tongue and front teeth, to gesture "no." Although in many countries, the "tsk" sound is a sign of disapproval, here it just simply means "no, thanks." It can also be considered rude to cross your legs in the presence of someone soliciting high respect, which is also a hard one for me, as I subconsciously revert to crossing one leg over the other when I'm nervous because I always assume it's the most graceful sitting position. The "A-OK" gesture of connecting your forefinger with your thumb and leaving the remaining digits up is very inappropriate here, as it means you are suggesting the recipient has a divergent sexual orientation. It's also best not to play the game "got your nose," in which you make a fist with your thumb sticking out between your index and middle finger, as this gesture is possibly the most offensive one you could do to a fellow Turk. It is also rude to point at someone here in Turkey, however, it is not rude to stare – a lesson Westerners are taught time and time again since the moment we were born.

Do you find yourself constantly trying to make change to ensure you have enough of a variety of notes and coins to be able to pay a taxi driver or for a delivery because chances are they will not have the right change to give to you? In the States, people in public service or retail jobs are obliged to start their shifts with a "bank," which is basically a certain number of bills and coins to be able to make proper change for customers. In Turkey, however, it is mainly the consumer's responsibility to pay in full without burdening the retailer to set out on a goose chase to change a larger note, leaving the customer as the apologetic party for not having the appropriate change.

Have you ever noticed how difficult it is to actually pay a bill here in a restaurant? Many times, I find myself searching for waiters, cashiers or anyone that works there so that I can pay the bill and leave, upon which they almost always offer a tea or Turkish coffee to extend my stay. Here, customer satisfaction is considered more important than monetary exchange, whereas they are much more concerned with turning tables in the U.S. At all other times, however,

Turks tend to hover over consumers. This often occurs in retail stores where it can be quite disconcerting to a foreigner who might assume they are doing this for security measures. On the contrary, it is their version of offering great service by being at your beck and call or in many cases, literally an arm's length away, because as many expats may have noticed, Turks also have a different perception of personal space. Turks will regularly mention someone's weight, will not refrain from directly asking how much someone weighs and even go so far as to call someone the dreaded three-letter F word, which is very inappropriate almost anywhere else. It leaves me aghast in disbelief and simply unable to respond every time I hear this. Out of respect, Turks also address elders or strangers with familial terms of endearment, such as "abla" or "abi," which means older sister or brother. This can be quite traumatic, however, if like me, you are not even 40, yet you suddenly find yourself having graduated from being called "abla" to "teyze" (aunt), a term reserved for the next age group. The utmost sign of respect is to be called "anne" (mother) or "baba" (father), which just feels bizarre especially when I hear it said to my own foreign parents. Wading through the waters of determining how to refer to someone is still hard for me, as it feels so presumptuous to outright point out that a person is older, so I stick with first names, albeit walking a fine line of possibly being rude.

Have you ever seen someone tell a small adorable baby just how ugly he or she is? Well, in Turkey, if you do hear this, it actually means the complete opposite. In fact, this is an effort to protect the child from the omnipresent "evil eye." If you do happen to express just how adorable a baby is, just make sure to say mashaallah (meaning "God has willed it," but uttered for protection against jealousy, envy and ill intentions or, more specifically, the "evil eye"). This is a rule to keep in mind when complimenting anything extremely special. However, if you just want to compliment a Turk on something nice they happen to be wearing or holding, beware because chances are the recipient of such a compliment will go to any length to try to gift you the said item, as this form of generosity is deeply ingrained in their nature. Turks will bend over backwards to assist in any way – as many expats may have noticed – especially when it comes to offering food, and when you say you aren't hungry, they will most likely not accept this as a fact and feed you anyway.

The insisting oxymoron works both ways, however, as I recall a Turkish friend visiting me in L.A. saying he wasn't hungry upon sitting down to my mother's lavishly prepared dinner for his arrival. Taking his words for face value, even though she was taken aback that he wouldn't eat, my mom simply didn't serve him. However, he being shy, had assumed he would be asked at least a couple more times, and it was only when my mom saw his puppy dog eyes that she realized he was indeed hungry and had just embarrassingly lied.