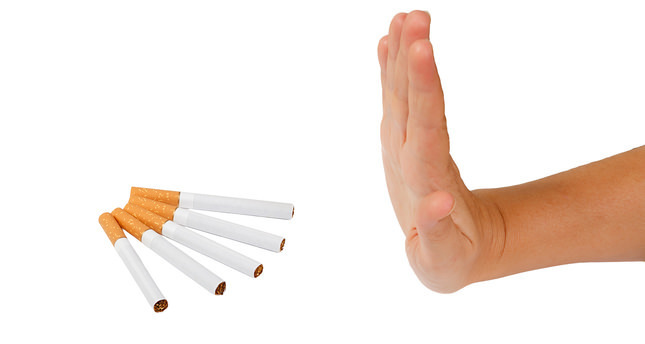 by Daily Sabah Jan 15, 2015 12:00 am
American scientists have designed a new promising vaccine that may help smokers quit the habit.

The scientists at Scripps Research Institute conducted a search to find possible ways for smokers to quit smoking. As the result of their research and experiments on mice the scientists have come up with a vaccine that trains the body to perceive nicotine as harmful and a foreign invader, thus eliminating the need for nicotine.

"This study provides new hope that one could make a nicotine vaccine that succeeds in clinical trials," said Kim Janda from The Scripps Research Institute (TSRI).

The study which is published in the Journal of Medicinal Chemistry shows that nicotine vaccines train the body to see nicotine as a foreign invader. To prompt this immune response, scientists have tried attaching nicotine derivatives, called haptens, to a larger carrier protein used in other approved vaccines.

Though a vaccine wouldn't be a silver bullet, there would still be withdrawal symptoms, but a person may be less motivated to relapse because the brain's reward system could no longer react to nicotine.