The stars of Turkey’s digital world 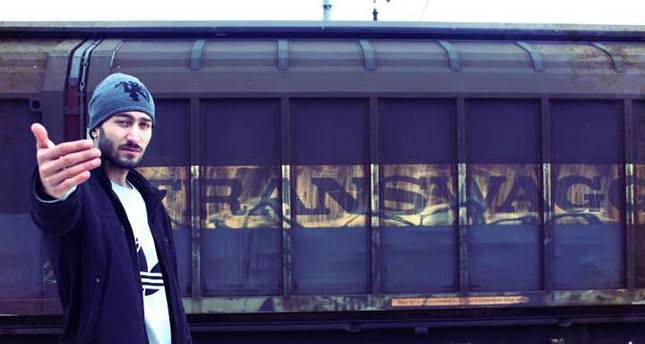 You may not know many of them, but amateur Turkish musicians from different musical genres, such as hip-hop and arabesque are achieving stardom online by reaching millions of people via YouTube

When Engin Nurşani picks up his bağlama (three double strings instrument) and starts to play, people who are listening to him go into a trance. Since his bağlama is a part of him, nobody even understands where the sound comes from. The musician who is not well- known outside Gaziantep, Adana and Kahramanmaraş got 4.5 million views on Youtube. The young musician's life changed following the car accident he had after his concert in 2008. Driving at high speed with his friends under the influence of alcohol, his car falls off from the shoulder of the road from 130 meters which left him unconscious for 63 days. Although people abandoned their hopes, folk singer Latif Doğan changed Nurşani's life by insisting his father, Ali Nurşani, to take him to a doctor in Gaziantep. When the young musician recollects those days, one can see the pain he endured by looking his face. "Doctors placed platinum from my hip to knee. As the bones in my arms smashed into pieces, they placed irons," he remembered during his interview. While he was talking about his injuries, his hands involuntary touched his arms. For 18 months, he was not able to pick up his bağlama which hurt him the most. During that period, Nurşani states that he consoled himself watching his videos on Youtube.

The young musician learnt how to play bağlama imitating his musician father Aşık Ali Nurşani at the age of six. Aşık Nurşani who his son called "My guide and everything" fled to Germany in the 1980s after the coup. Young Nurşani finished primary and high school in Germany. When he was 17 he called Deka Music in Turkey and asked for a plane ticket to record an album in Istanbul. After he releasing his album titled "Adına Çizik Çektim" (I Crossed out Your Name) which is composed of songs with his father's lyrics, he returned to Germany. Upon his father's request, he introduced the song called "Gülom" in Turkey and claimed the second place in MÜYAP's (Turkish Phonographic Industry Society) competition.

Born in 1984 in province of Sivas, young folk singer Tülay Maciran got 1,700,000 hits with her song "Sen Gel Diyorsun" while she got 2,700,000 views with her other song "Saçımın Akına Bakma Sultanım" (Don't Mind the Whites on My Hair, My Darling) on Youtube. She said "I am on Youtube but I have not stepped into the music industry." "When I was eight years old, my mother sang songs to herself. I heard the folk song "Allı Turnam" from her for the first time. I used to memorize the lyrics and try to sing like her," she continued. The artist who began to sing while sitting beside the stove has two albums which she financed herself. "I waited for three years to release my first album since I do not have any sponsors. My songs are very popular in Turkey as well as abroad but I cannot promote my albums," she noted. Maciran claimed that big music companies do not pay attention to her as they spare most of their times with superstars. She said that her music video is not broadcasted except for few local TV channels. "People from every age listen to my songs," she concluded.

Eskişehir based hip hop-rap artist Mete Erpek is one of the musicians who get millions of Youtube hits although they are not mainstream musicians. Known with his nickname Joker, received 3,150,000 views on his Youtube channel with his song "Yaşam Öldürür" (Life Kills). The only son of a civil servant family began listening foreign and Turkish rap music at a very early age. "If I recorded a demo and knocked on a music company's door, I could release an album," he said adding, rap artists are recognized by big music companies. "Those who want to reach more people can find the chance if they want to," he stated. Young people between ages 16 and 25 are the fan base of Erpek, a.k.a Joker.

Contra whose real name is Çağdaş Terzi is known for his resemblance to American rapper Eminem. He is highly popular among underground rappers and rap fans with his song "Ölü" (Dead). The musician who got 5,750,000 views on Youtube with "Ölü" received 1,450,000 hits with his other song "Ötesi" (Beyond). Although he gave numerous concerts around Turkey, Contra thinks that he is not well-known as he does not have an album through which he can reach more people. "There are music companies which offer me album deals but I have not signed with any of them as the contracts were not for me. People between the age of 12 and 30 love my songs," he concluded.

The musician Abdullah Evgi whose stage name is Toladro got over one million hits on Youtube with his songs "Yalnızlık" (Loneliness), "Deniz Kızı" (Mermaid), "Git One" (Go to Him), "Unutursun" (You Will Forget).

Born in 1990, the rapper got over one million views with his songs "İnan İsterdim" (I Wish You Would Believe).