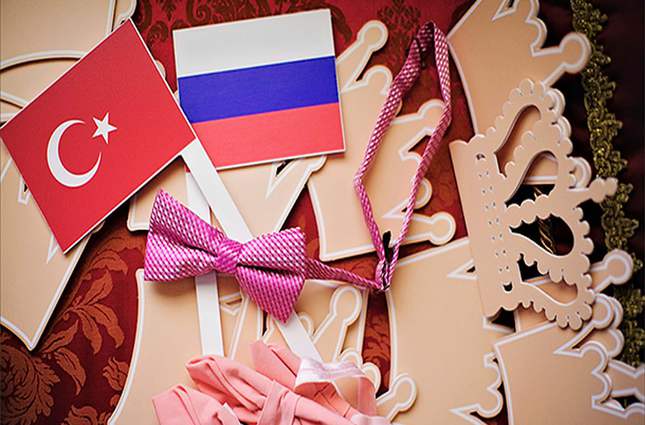 by Daily Sabah with DHA Jan 24, 2015 12:00 am
Turkish men marry Russian girls the most, compared to other nationalities, according to official records.

The official records revealed that in Alanya, a famous tourist destination district in southern province of Antalya, 314 women from 39 different countries have chosen Turkish men as their husbands.

In 2014, out of 314 marriages in Alanya, Turkish men tied knots with 67 brides with Russian background, followed by 56 German, and 22 Ukrainian women.

Alanya has also been a hot pick for foreign nationals who have decided to live in Turkey. Currently, 12,393 foreign nationals from 43 different countries have made the tourist town a home, according to official records.