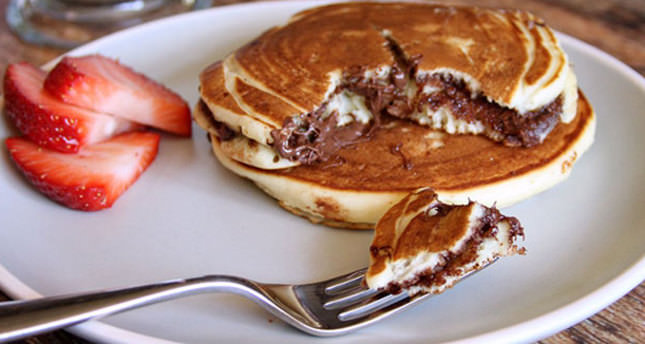 by Anadolu Agency Jan 26, 2015 12:00 am
Got the urge to name your daughter after a chocolate-walnut sauce? Or perhaps to call the new addition to the family "Strawberry?"

It's been done elsewhere, or at least Strawberry has. But a court in the northern French city of city of Valenciennes has ruled, "Non. Pas ici." No, not here.

The court ordered the girls' parents, two separate couples, to change little Nutella's name to "Ella." And it ordered that Strawberry - who was actually named "Fraise," the French word for Strawberry - be renamed Fraisine, a name popular in the 19th century, La Voix du Nord newspaper reported Monday.

The judge said the names might interfere with their ability to live normal private lives, the newspaper said.

"The name 'Nutella' given to the child is the trade name of a spread," the court decision read, according to the report. "And it is contrary to the child's interest to be wearing a name like that, which can only lead to teasing or disparaging thoughts."

And the court said, as well, that being named Fraise would "necessarily be the cause of mockery . . . which can only have a negative impact on the child."

Fraise's parents explained that they'd wanted to give their daughter an original name. Nutella's parents did not attend the hearing, which was held in November.

In France, parents are free to choose the names of their children, as long as the names are not officially banned. However, the official present at the registration of birth certificate must notify the prosecutor if the name seems contrary to the child's interest.

Fraise's parents might be disappointed to learn that their quest for originality was not quite as successful as they hoped. The granddaughter of the writer William Saroyan is named Strawberry Saroyan.

When Strawberry Saroyan heard that the American actress Gwyneth Paltrow had named her daugher Apple, she went and told her mother.

"We thought about naming you Apple,'' Saroyan's mother said, ''but decided it was too common.''